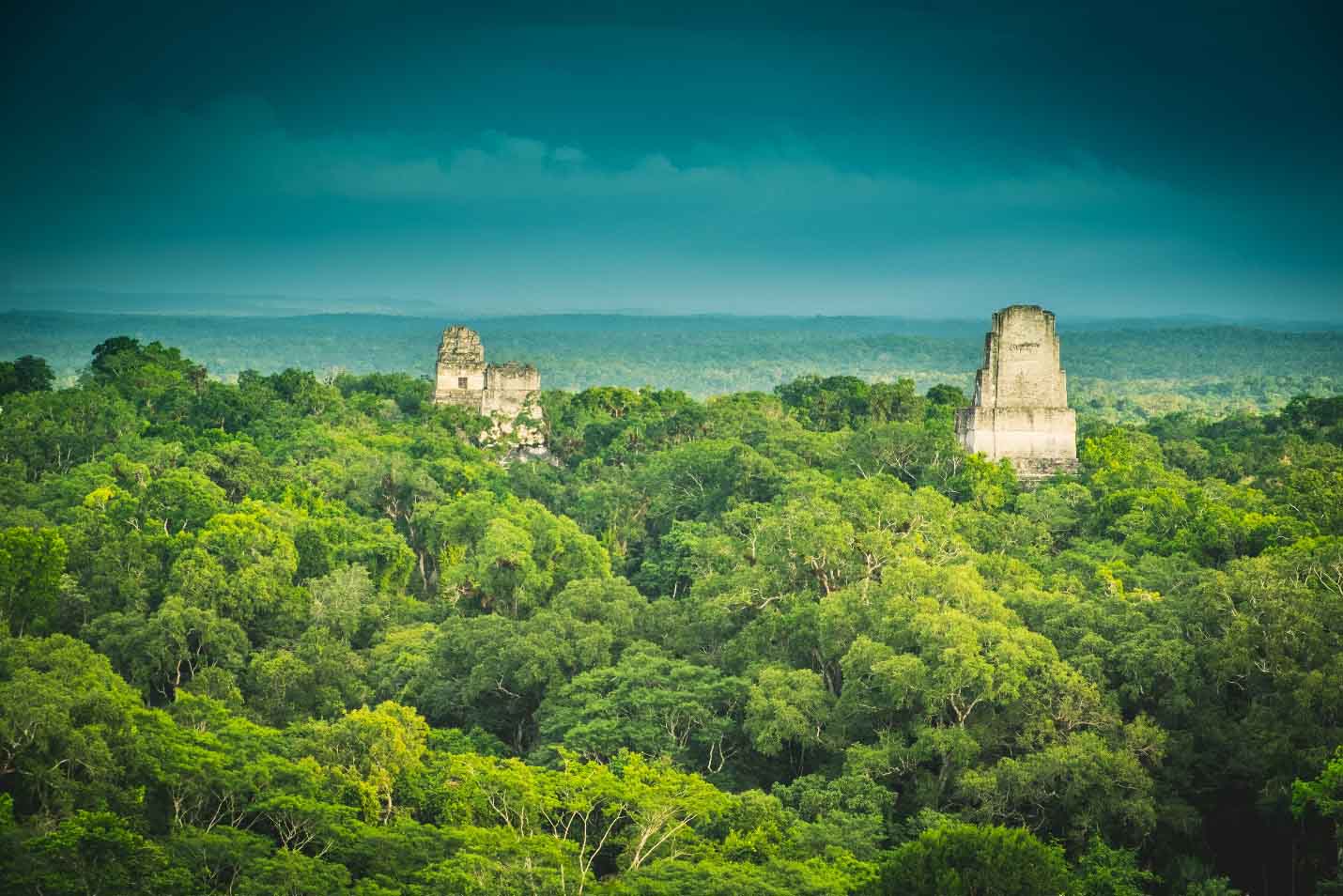 The Mayan civilization was renowned for its advancements in art, architecture, mathematics, astronomy, and calendar systems. Part of their highly developed architecture is absent even in contemporary urban centers. The Mayans had roads, cobbled plazas, pyramids, temples, palaces, and homes for its rapidly growing population. But the Mayan cities, according to the latest research on high-tech LIDAR and environmental DNA, also had picturesque neotropical agricultural parks!

The results of the new study suggest that ancient Mayan town planning also encompassed picturesque parks in the heart of city centers. Researchers at the University of Cincinnati (UC), studying the important ancient city of Tikal, published their research in Scientific reports , in open access form in the online edition of Nature.

The aim of recent research was to study the relationship between the Mayans and the surrounding neotropical forests using a new form of technological analysis called environmental DNA. A thorough analysis of the Tikal reservoirs, which were an essential source of potable and usable water for the entire population, revealed that trees and wild vegetation were lined up in a planned fashion in the middle of Tikal, most likely to provide scenic natural beauty. but perhaps also as useful “gardens of plants”.

The classical Mayan period (250-850 AD) saw a huge population explosion, putting additional pressure on existing water sources, especially reservoirs. The study notes that to date, the land management practices of Mesoamerican societies and peoples have been poorly understood in the context of the development of complex societies. “In the absence of specific evidence, the nature of the vegetation surrounding the reservoirs has been the subject of scientific hypotheses and artistic rendering for decades.”

“To address these hypotheses, we captured homologous vascular plant DNA sequences extracted from reservoir sediments using a targeted enrichment approach involving 120 bp genetic probes. Our samples encompassed the period before, during and after the occupation of Tikal (1000 BCE-900 CE). The results indicate that the shores of the ancient reservoirs were mostly lined with native tropical forest vegetation rather than species domesticated during the Mayan occupation, ”said the researchers, led by David L. Lentz, paleoethnobotanist and professor of biology at the College of UC arts and sciences. , write.

With the help of Florida-based company Rapid Genomics, UC scientists have developed a new way to select plant DNA from sediment samples. Using Rapid Genomics’ DNA analysis technology, they were able to amplify small strands of DNA from chloroplasts, the plant structures where photosynthesis takes place.

Next, the researchers matched the old Tikal samples with DNA from known plant species in the same way that scientists amplify ribosomal DNA to identify bacterial species, according to a release from University of Cincinnati . 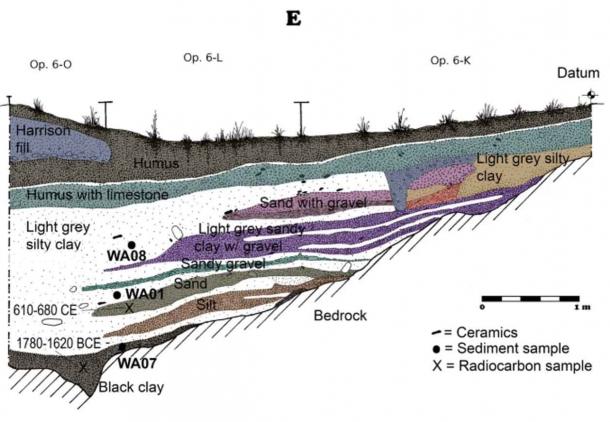 The researchers were able to identify more than 30 species of trees, grasses, vines and flowering plants dating back more than 1,000 years, lined up along the banks of the reservoir. “Almost the whole city center was paved. It would get quite hot in the dry season. So it would make sense for them to have nice and cool places along the reservoir,” Professor Lentz said. “It must have been beautiful to look at with the water and the trees and a place of welcome for kings and their families.”

However, instead of creating modern parks and centers around it, where specific trees are planted and lined up in rows, the researchers found that the forest around the reservoir had not been disturbed. Since rain was not a perennial phenomenon, the natural rainforest provided a form of security against erosion and allowed the flowering of medicinal plants and herbs, which were an integral part of all native cultures. 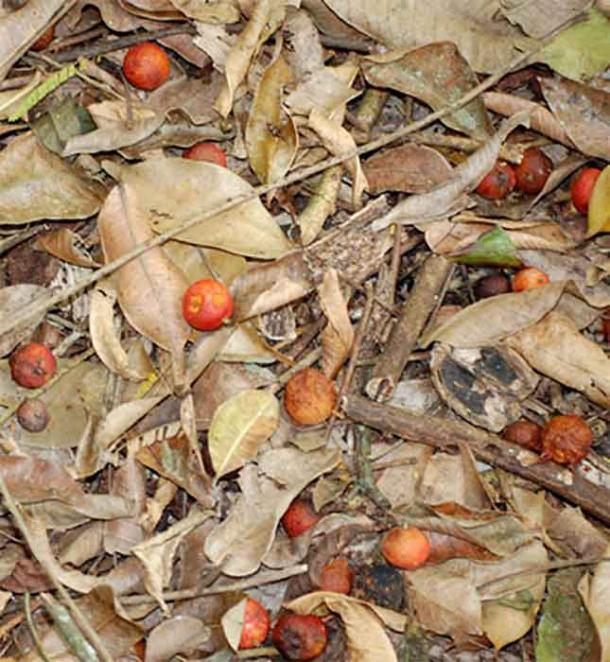 An image of ramon or breadfruit on the forest floor taken at the Mayan archaeological site of El Pilar, Belize. Ramon was also found in the Tikal Maya city reservoir according to the recent Scientific Reports study. (Congobongo1041 / Public domain )

A variety of plants have been identified along aquifers, including very tall plants like cabbage bark and ramon (bread nut or Brosimum alicastrum ), which rise up to 100 feet (30.48 meters) and are actually dominant rainforests in places like Guatemala. “Why finding ramon around the reservoir is a curiosity. The answer is that they left this forest untouched. Tikal has a harsh climate. It’s pretty hard to survive when you don’t get rain for five months of the year. were the source of their life. Thus, they sometimes protected these places by not cutting down the trees and by preserving a sacred grove, ”added Professor Lentz.

The park area would have been no more than 50 x 50 meters (164 x 164 feet) but would have put most modern city parks to shame. The level of greenery was unprecedented precisely because forest land was left untouched, even in parks.

Microbiologists Alison Weiss, a professor at UC’s College of Medicine, and Trinity Hamilton, now at the University of Minnesota, set out to analyze ancient microbial DNA from sediment samples from the reservoir. “DNA is old, so it tends to be degraded with small, short sequences. The analysis was quite difficult because we were the first to do it. Bacterial ribosomal DNA has a database. had no database for that. We had to take sequences one. by one and search the general database to find the best match, “the researchers said.

A major part of the project was a shot in the dark, so to speak. Getting a picture of the vegetation surrounding the Tikal reservoirs has been a big step forward, and this environmental DNA analysis model holds great promise. In fact, in the future, they hope that they can apply this science to other sites in the Mayan city in the future.

Top image: The ruins of Tikal, Guatemala, where the latest research on Mayan cities used groundbreaking environmental DNA or plant DNA to understand what Mayan agriculture and the relationships between plants looked like before civilization fades into the jungle. Source: Have / Adobe Stock

Reflect on the tangible and intangible contributions of the diaspora