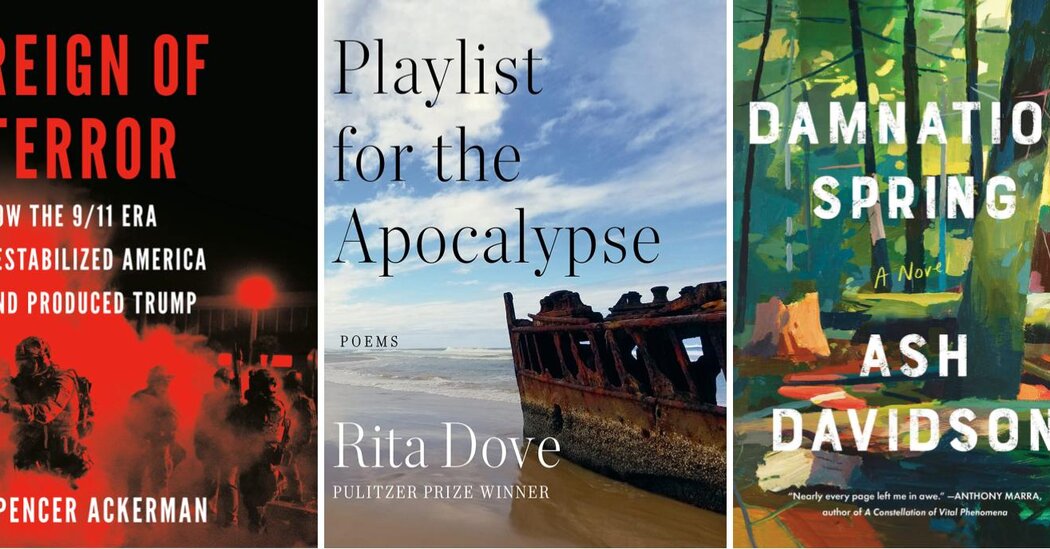 10 new books we recommend this week

FOUR THOUSAND WEEKS: Time Management for Mortals, by Oliver Burkeman. (Farrar, Straus and Giroux, $ 27.) How would you spend a week if you knew it was the last? Burkeman, a British journalist based in New York, says we are closer to being in this position at all times than it is comfortable to recognize. (We’re getting about 4000 weeks on average, hence the title.) This self-help quasi-meta-work mixes up history, Buddhist-style advice, and a few time-management tips. Burkeman’s tone “isn’t confident or harassing,” writes our reviewer John Williams. “He’s in the same leaky boat we’re in, just trying to stop things where he can.”

SPRING DAMNATION, by Ash Davidson. (Scribner, $ 28.) Davidson’s immersive and voluminous debut novel explores the deep roots of a northern California forest community. It is a living representation of the land and its inhabitants, a snapshot of a not so distant time, but it also delves into the knotty history of the place. “It’s a glorious book – a confident novel that’s beautifully told,” writes John McMurtrie in his review. â€œSome will undoubtedly read ‘Damnation Spring’ as a commentary on the divisions that separate Americans today. â€¦ But the book touches on something more timeless and universal: it is about human nature. It’s about our relationships with our loved ones and our communities, it’s about morality and greed, it’s about our understanding and respect for the natural world.

WE ARE THE BRENNANS, by Tracey Lange. (Celadon, $ 26.99.) Lange’s confident and polished debut novel deals with family secrets. An Irish clan in Westchester County welcomes their prodigal daughter from Los Angeles, and one after another long-hidden skeletons begin to emerge from their closets. â€œIt turns out that Lange isn’t interested in tidy or comfortable lessons,â€ Liz Moore writes in her review. â€œWhen we leave the Brennans, they may be more imperfect than they started out. But that’s, in my opinion, what makes them feel human and what makes the book real. “

STRANGE BEASTS OF CHINA, by Yan Ge. Translated by Jeremy Tiang. (Melville House, $ 25.99.) Elusive creatures roam a Chinese city in this enchanting novel, alternately avoiding and frequenting its human inhabitants, while being pursued by a cryptozoologist passionate about smoke and alcohol – a female scientist Sam Spade. “The atmosphere of ‘Strange Beasts of China’ is delicious,” writes Stephen Kearse in his review. â€œYan captures the fluidity of city life, the way urban space defies definition, even for people who are determined to make sense of it. â€¦ The human and the beast exist in constant flux, clashing, merging and separating with tectonic regularity.

PARTICULAR CASE, by YZ Chin. (Ecco, $ 26.99.) Chin’s debut, about a Malaysian immigrant to America searching for her missing husband and working as a software tester at an artificial intelligence startup, isn’t just a subtly provocative portrayal of the tech industry. , and of this country, as more and more low- kilter, but also a realistic representation of a woman in crisis. â€œChin’s uniqueness and wonderfully drawn minor characters add depth and richness to a story that another writer might have with the glowing light of moral clarity,â€ writes Lauren Oyler, reviewing the book alongside another novel about the culture of start-ups.

When should schools quarantine students?