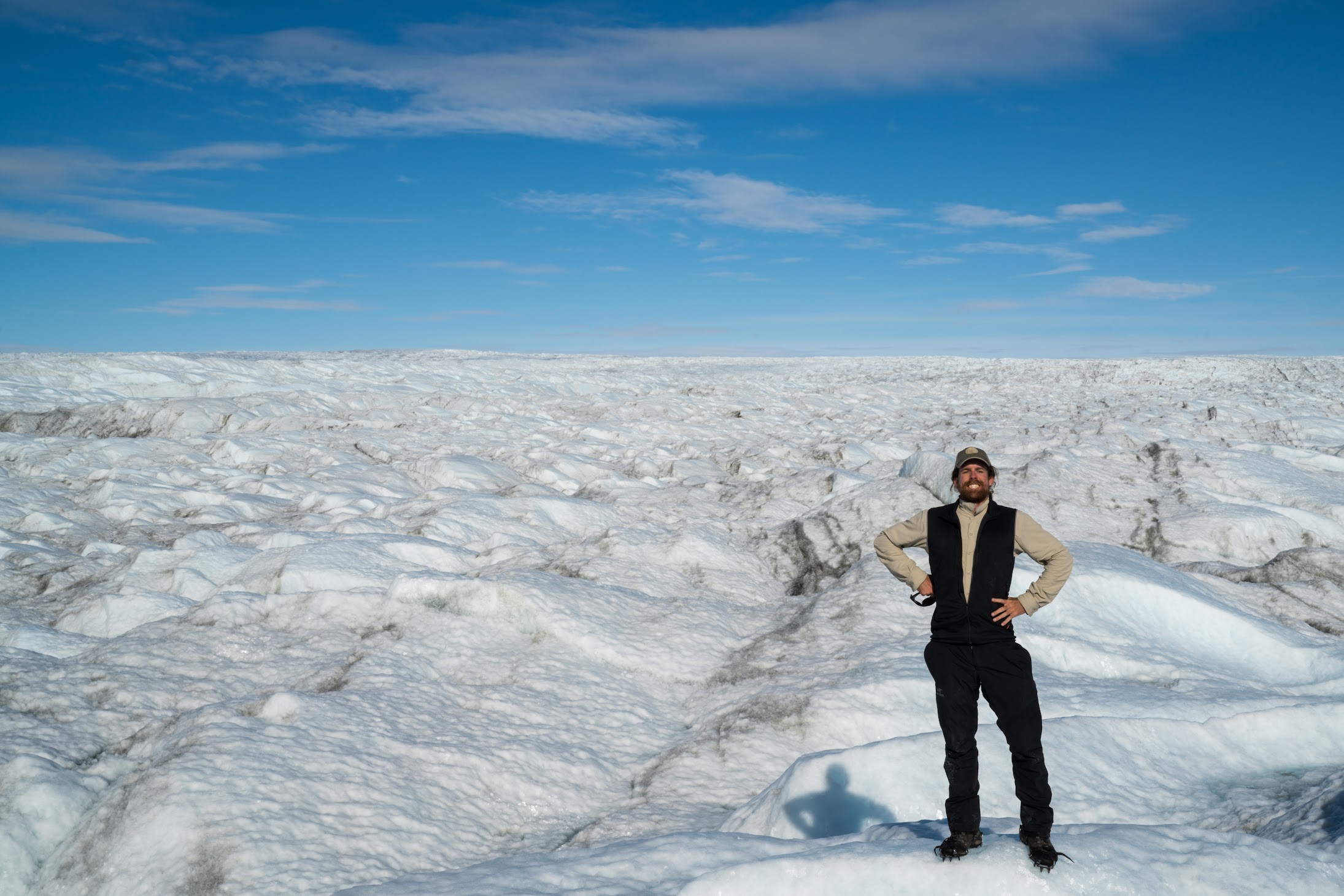 Chris Dunn stood at the edge of a melting glacier on the icy shores of Greenland, the wind whipping his face as frostbite-causing currents raced through the gaping fjords below him. The philosopher and environmental researcher felt a wide range of emotions about the journey that took him to this remote place.

“I would call [Greenland] the loneliest, wildest place I’ve ever been,” Dunn said. “It was so isolating and there was background fear the whole time. Like, ‘God, I can’t wait for this to end’, but also, ‘What’s just around the corner?’ It’s this complex mix of wonder, fear and fulfillment.

When Dunn returned to Boulder, he searched for a way to translate these intangible emotions into work that would convey his feelings towards this landscape in a way that was very real to others – a tall order, given the challenge of trying to completely immerse someone in a place. it’s not just unfamiliar to them, but entirely otherworldly.

For Dunn, the presentation, produced by CU Boulder’s Nature, Environment, Science & Technology Studio for the Arts, was about creating a “direct, embodied feel” for others, in other words, creating a space that would allow them to see the vast peaks and valleys surrounding these glaciers, hear the creak and strain of melting ice caps, and browse scientific records that further enhance understanding of the size, extent, and current conditions of these glaciers in a constantly warming climate.

It’s Dunn’s Meat and Bone Feel the ice, explorations of knowledge of nature, a multimedia exhibit currently on display at CU Boulder’s Earth and Map Science Library. Along with photographs and scientific measurements collected by Dunn, the exhibit features music and on-site recordings by Alaskan composer Matthew Burtner. These elements, according to Dunn, combine to create an experience that is primarily artistic and philosophical, rather than geared towards climate science education. Establishing a strong sense of belonging was a key part of this project, an inspirational model that Dunn took from Henry David Thoreau Waldenwhich weaves ecologist and philosophy.

“What I’m trying to do is create a place for humanities research and perspectives in these places that are almost entirely dominated by the sciences,” says Dunn.

For Dunn, it was the core of his academic foundation, as he earned a master’s degree in philosophy from the University of Montana before moving to Boulder to pursue a doctorate in environmental studies, a program he completed in late 2021. Throughout his years of research and work as everything from backcountry ranger to freelance photographer, Dunn has made a startling achievement.

“The world needs more humanities research alongside scientific research,” he says, especially “in places that are often exclusively visited and studied by scientists.”

Dunn’s trip to Greenland and the resulting product of Ice detection seeks to get to the heart of this issue, where, in a time of polarizing climate rhetoric, pressing ideas are often conveyed through inaccessible reports or outright misinformation, rather than artistic works that appeal to people‘s emotions. people in a positive way.

“Obviously scientists, especially field scientists, go to places and they pay attention to those places, but in a very different way,” Dunn says. “They’re already coming in with an idea of ​​how they’re going to approach the world. Basically, they will measure certain things, or observe certain things systematically, or they already have certain hypotheses in mind. But there’s something that happens once you leave the field and write down what you’ve done. It really takes away the whole experience of a sensation. And this place is kind of completely lost.

Thus, Dunn’s work seeks to create a new world, one in which “the humanities are not only at the service of the sciences”. Through Ice detectionthe primary focus is on the pure sights, sounds, and emotions evoked by witnessing these primordial slabs of ice, rather than bogging an audience down with facts they may already know.

“I’m not trying to preach to the choir,” Dunn admits, alluding to the progressive population of Boulder whom Dunn trusts with a pre-existing familiarity and involvement in climate activism.

So, Ice detection was not intended as a product of pure science communication, let alone science activism. However, Dunn acknowledges that exhibiting a piece of art related to melting glaciers in 2022 is sure to prompt the easy assumption that it is.

“Any art can go beyond the creator’s intent, and that’s perfectly fine,” Dunn says. Plus, he knows that creating a project as immersive as this has a purpose beyond evoking raw, philosophical emotions. For Dunn, exposing these massive, still natural landscapes can provide a new perspective for those seeking to fully grasp the impact the Anthropocene era can have on these remote places, no matter how much we make sure these icy monuments can. stand the test of time.

“To solve really complex problems, especially environmental problems, you have to look at them in different ways,” says Dunn. “I really think this approach is an important and important part that needs to be part of the (climate) conversation because I think it can and really does affect real-world decisions.”

“It’s pretty cool, though, when you’re on a remote ridge in what feels like the middle of nowhere, wondering if someone’s been there, but never knowing for sure,” Dunn adds, thinking back to those thousands of frozen cliffs. miles from my home. “What is significant is that the landscape itself is left in such a state that it is not obvious. I think we have to keep keeping some places that way.