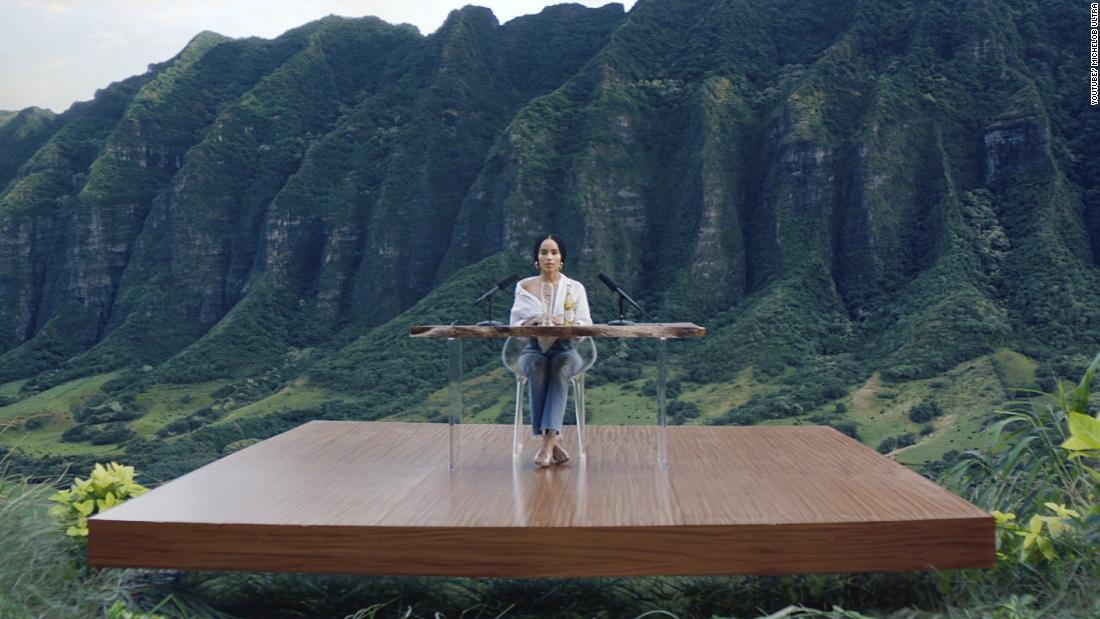 If those sounds and sights give your brain a sparkling, effervescent feeling that relaxes you, then you’re a tinglehead — one of the estimated 20% of people who, according to some experts, experience an autonomic sensory meridian response, or ASMR.

Is it a real or imaginary feeling? There is very little research on the phenomenon, so no one really knows. But legions of fans swear by ASMR, saying the actions in the videos promote a calming meditative state that reduces anxiety and puts them to sleep.

Some people go so far as to call the ASMR tingling — which can spread through the neck and shoulders and throughout the body — “brain gassiness.”

“ASMR is often described by those who experience it as ‘bubbly’ or ‘static,’ but the tingling can vary from person to person,” said Craig Richard, founder of ASMR University, a site Web dedicated to understanding and researching this strange feeling.

“For me, it’s like my brain is getting fuzzy, and I have this slight tingle,” said Richard, a self-described tinglehead and professor of biopharmaceutical sciences at Shenandoah University in Virginia.

“No, not the goosebumps. You can see and feel the goosebumps on the surface of your skin. It’s a deeper feeling,” Richard explained.

In addition to his own perceptions, Richard’s insight into this unusual phenomenon comes from an ASMR survey he hosts on his website, where tingleheads share what triggers their chills. The majority of those who say they have experienced ASMR are women, say they are artistic or creative, and live all over the world, he said.

“ASMR is a worldwide experience,” said Richard. “From what I see on my website, it’s lived in over 100 different countries, which supports the theory that it’s something biological rather than cultural.”

Either way, ASMR has taken YouTube by storm. Since the first tingling video hit the internet in 2013, enthusiastic fans have fueled the growth of millions of ASMR clips with soft whispers and soothing repetitive motions.

One video, which has over 13 million views, features beautifully manicured fingernails stroking or tapping objects next to a microphone. Other sounds believed to trigger tingling are those of people eating crunchy foods like pickles, tearing paper, dripping water, brushing hair, buzzing, chewing, buzzing, and purring.
One of YouTube’s leading ASMR providers has over 2.5 million subscribers to its whisper channel and over 38 million views of its 2017 hit, “ASMR 20 Triggers to Help You Sleep.”
If you’re a fan of something louder, this YouTube star and her friends are happy to chew, crunch and loudly chew crispy fried chicken and sweet, sticky honeycombs for your listening pleasure – or can -maybe you prefer hash browns and hamburgers?
Advertisers took note. Actor Zoe Kravitz starred in the first-ever Super Bowl ASMR commercial this year. Reese’s Peanut Butter Cups created a movie that lasted over an hour, featuring five people whispering while unwrapping candy.
McDonald’s has an ad of a young girl pushing her way through chicken nuggets and sipping on a flurry. KFC’s UK YouTube channel also got into the ASMR mood, with a soothing British voice comparing raindrops to fried chicken.

ASMR research is in its infancy. Richard carried out one of the few scientific studies on the subject, using functional MRIs to study reactions in the brains of people who identified as tingling.

“Which might explain why people can watch these tapping and crunching videos for an hour or more at a time,” Richard said.

Stephen Smith, a psychology professor at the University of Winnipeg, has also studied the personality of people with ASMR, finding them highly curious and neurotic, and less conscientious, outgoing and agreeable.

“People with ASMR score high on the ‘openness to experience’ personality trait. I think they are more receptive to specific types of physical, auditory, and visual experiences than the rest of us. us,” Smith said.

ASMR falls into the same sensory category as synesthesia, Smith said, where senses blend and people taste shapes, see sounds in color, feel music as a touch on the back of the neck, or see letters and numbers. digits displayed in color.
While reports of synesthesia date back centuries, science has only recently been able to measure brain activity to prove its existence. Today, researchers believe that some types of synesthesia may be genetic. The condition usually appears in childhood, and many people enjoy the extra sensory input the body receives.
Smith also placed self-proclaimed tingleheads in working MRI scanners to see how their brains were wired during a resting state. He found “unusual patterns of connections” in areas of the brain related to attention and sensation, “and in some cases areas of the brain that were part of one network appeared in different networks instead. , suggesting that there was some sort of cross-wiring involved.”
In another study, Smith used electroencephalograms, or EEG machines, to measure the activity of groups of neurons in the brains of people who say they experience ASMR. Smith found that when people first started to feel tingling, there was a sudden increase in alpha waves, which indicates a state of wakeful rest.

“Alpha waves are associated with meditative types of experiences,” Smith said. “This suggests that what people describe as ASMR is quite similar to a relaxing meditative experience.”

A sense of connection

Richard thinks it’s the calming effect of ASMR that keeps the tingling coming back again and again. People love the deep sense of relaxation they get after an ASMR practitioner speaks in a caring and soothing way, he said.

Unlike sitting next to a loved one on a couch, ASMR doesn’t have to happen in person. Many ASMR YouTubers brush or cut their hair directly into the camera, making it look like it’s the viewer being groomed, slowly and with a soft lens. A video, which has more than 9 million views, features a woman wearing “ton” makeup.

“I find it all very off-putting,” Smith said. “I can’t watch the videos because there’s a voyeuristic quality to it that makes me feel uncomfortable, like I’m intruding in some way.”

Those who respond to the videos are drawn to “the positive personal attention,” says Richard. “It’s the person in the camera looking into the lens and acting in that super caring way like they’ve known you all their life and cared about you.”

As therapeutic as ASMR may seem, Smith is quick to point out that any use of ASMR would not replace more than a walk in nature professional counseling for anxiety or stress.

“It’s good for your blood pressure to go for a walk and relax. ASMR is the same,” he said. “If someone wants to use it for therapeutic purposes, it would be more as an adjunct to help them relax, as opposed to their main treatment.”

Why would such attention be so alluring? Richard believes in an evolutionary explanation. He said we can trace the need back to the Stone Age, where the development of trust can come from chimpanzee-like grooming behavior – “removing some parasites, pulling twigs out of your hair , or whatever” – and slow, deliberate actions that somehow benefit us.

“If someone in a cave has been handling something for a long time, he or she was probably cooking food, creating clothes, or making a useful tool,” Richard said.

Of course, not all cavemen and women responded positively. Somewhere along the way, a few must have reacted with irritation, even anger, to the same stimuli. Today, this reaction is called misophonia, which experts say can affect up to 20% of the population.

“It’s an extremely negative reaction, like annoyance or disgust, mostly to specific sounds like chewing, clicking, tapping and whispering,” Richard said, adding that these are also some of the most common triggers. most common for the pleasurable aspects of ASMR.

Despite the lack of extensive research on ASMR, Richard believes that people should not overlook the phenomenon or the benefits it provides to those who experience it.

“It’s another tool in the toolbox along with mindfulness, meditation, deep breathing, or cognitive behavioral therapy,” Richard said. “That’s another aspect of self-care that helps people deal with stress.”

Correction: An earlier version of this story did not identify Craig Richard by his correct last name.

Armadillo day, you say? Bee Cave Bob the Armadillo to Predict Texas Forecast for Next Weeks