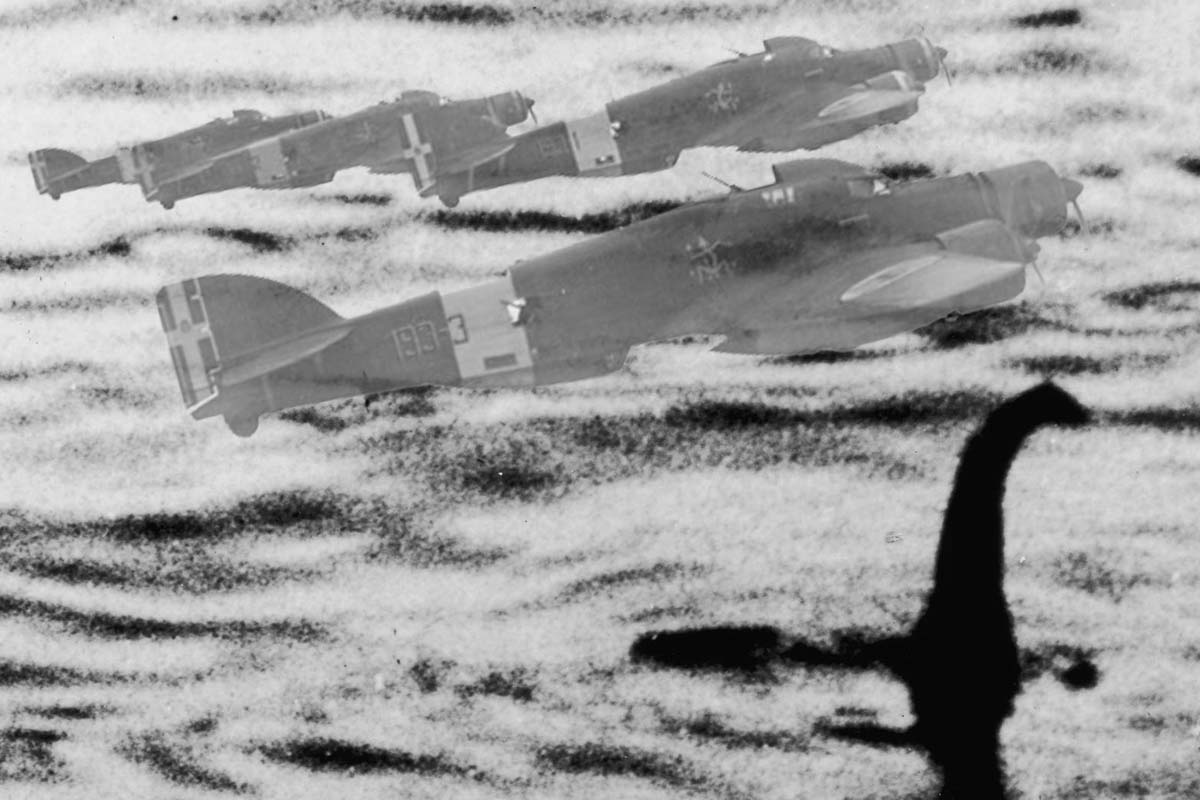 Propaganda, disinformation, fake news: call it what you want, there are many reasons why this kind of interference in foreign affairs is still so common. But the main reason is that it works, both at home and abroad.

Misinformation campaigns are the reason some people think carrots are good for vision or that a human trafficking ring has disappeared from a DC pizza place. If these stories seem absurd, brace yourself for a blast from the past, as the Axis Powers of WWII attempt to kill everyone’s favorite lake monster.

The Second World War was undoubtedly the culmination of propaganda and information campaigns. Every nation fighting the war has used propaganda at home and abroad to promote its war goals, either as a means to rally the people behind the war effort or to demoralize the enemy.

It only took a little knowledge of the enemy and a huge lie to take their breath away.

Before the Allied invasion of Sicily in 1943, a radio presenter who broadcast swing music and demoralizing messages from Berlin told members of the 504th Parachute Infantry Regiment that they were jumping into a trap and they would all die. . The troops actually loved the “Axis Sally” show (as it was later called), but it was for the music, not the message.

The Axis Powers attempted to exert influence over enemy populations as well as their own. Nazi Propaganda Minister Joseph Goebbels wrote in 1940 that the Loch Ness Monster was just a made-up thing designed to increase tourism income. In a German newspaper he cited the Loch Ness Monster as the reason the people of the UK were weak.

The Loch Ness Monster has been a cryptozoological and biological mystery since as far back as 1933, when reports of a strange creature of unknown origin, size or shape began to originate from the loch.

If the people of England and Scotland were stupid enough to believe there was a dinosaur swimming around their lake, Goebbels explained to the German people that they were too stupid to win the war.

Benito Mussolini, the dictator of fascist Italy, has taken anti-lake monster rhetoric to a new level. In the newspaper Popolo from Italy, he published the story of an Italian pilot during a bombing raid across the UK in 1941. He claimed that the pilot dropped his bombs in the lake and did not hit anyone other than Nessie herself.

He even saw the body float on the surface before taking off.

Not to be outdone, the story was picked up by Allied British Commonwealth newspapers, especially the Australian Daily Mail, which rewrote the story as a joke of monumental proportions. They even printed a counter-story.

Nessie, according to the Daily Mail, not only survived the attack, but was now considered a war hero. According to the story, J. Macfarlan Barrow and his son were walking along the loch a day after the alleged bombardment and saw the monster moving away at high speed, confidently repelling the Axis attack.

Keep Calm and carry on.

– Blake Stilwell can be contacted at [email protected] It can also be found on Twitter @blakestilwell Where on Facebook.

Whether you are planning to join the military, looking for a post-military career, or following military life and benefits, Military.com has you covered. Subscribe to Military.com to receive military news, updates and resources straight to your inbox.

Â© Copyright 2021 Military.com. All rights reserved. This material may not be published, broadcast, rewritten or redistributed.

Critter Corner: Cryptids of Virginia and Maryland: From Chessie to Goatman | Lifestyles