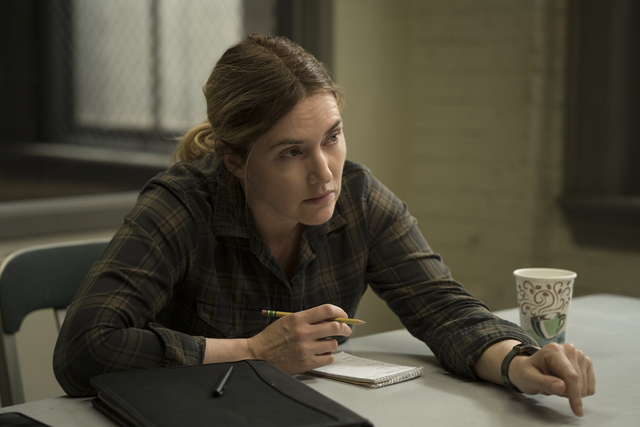 Best TV Shows of April 2021: What Our Reviewer Loved

II’ve said it before, but I’ll say it again: docu-mania is upon us. Faced with the challenges of COVID to produce scripted series, many platforms have invested in non-fiction television, and a little over a year after the start of the pandemic, these projects are starting to see the light of day. Not all the products of this documentary boom were great. But this month’s roundup of the best new shows is proof of how many are worth watching, from essential reviews of white supremacy and criminal justice reform to explorations. surprisingly substantial clothing and, uh, Bigfoot in Weed Country. For those looking for something more narrative, an immersive crime drama that features Kate Winslet as a Pennsylvania detective should do the trick. And if you need more suggestions, here are my picks for January, February, and March.

Exterminate all the bullies (HBO)

“The very existence of this film is a miracle,” says its creator, Raoul Peck, in the final episode of Exterminate all the bullies– and that is perhaps an understatement. A four-part experimental documentary that tackles the heavy and bitterly controversial topic of white supremacy since the so-called Age of Discovery, Gross is unorthodox in content and style. Drawing heavily on the work of left-wing academics, the series also incorporates scripted passages and animations that serve as guided meditations on human suffering rather than visual aids. It is perhaps the most politically radical and intellectually stimulating documentary work ever made for television. [Read TIMEâ€™s full review.]

Easttown mare looks like it’s gonna be a YA equestrian novel. In fact, it’s a poignant, richly watched, if at times over-the-top, crime drama starring Kate Winslet as Mare Sheehan, a police detective in rural Pennsylvania. Like a Gen X character Frances McDormand, Mare is an aggressive and pragmatic woman with too much responsibility and too little faith in the people around her. In a first scene, we see her simultaneously driving, choking on a sandwich wrapped in foil, and tying up to her ex-husband Frank (David Denman) on the phone. Then all of a sudden she gets out of the car running after a criminal she knows by sight, because it turns out he’s the drugged brother of a woman Mare played basketball with in high school. This is Easttown: a working-class enclave so claustrophobic that anyone outside the family is a friend or foe, where you find out your ex is remarrying because he’s having a party at his house, in side. It’s a tough place for a detective struggling to find leads in the year-old disappearance of a young woman, whose mother with cancer is putting very public pressure on Mare and her superiors. Other tragedies are looming on the horizon. [Read the full review.]

What might the daily work of dismantling systemic racism, mass incarceration and police power look like? Ted Passon and Yoni Brook go a long way in answering this difficult question in the eight-part documentary Philly DA, broadcast as part of PBS Independent objective series. The filmmakers spent three years following longtime criminal defense attorney Larry Krasner for this essential, remarkably balanced truth-style of his unlikely tenure as city attorney. A crusading progressive who made headlines for representing BLM and Occupy activists, he wasn’t exactly a beloved figure among prosecutors when he was elected in 2017. In an interview for the series, former DA Lynne Abraham, who held the position for 19 years from 1991, doesn’t mince words: â€œI don’t like anything about Larry Krasner. [Read the full review.]

â€œI’ve witnessed a lot of crazy stories,â€ journalist David Holthouse recounts in the first episode of this unusual three-part detective docusery. “But the one about a Sasquatch that wastes three guys in a dope country is hands down the craziest.” What looks like the start of a spooky campfire thread is actually the inexplicable memory of a night in the fall of 1993 when two terrified guys drove to the Mendocino County house where 23-year-old Holthouse, was visiting a weed-cultivator friend. , claiming to have found three bodies that had been torn apart by some kind of monster. The crime was never reported. So decades in a career who had sent him on high-risk investigations into neo-Nazis, methamphetamine addicts and, most poignantly, the man who raped him as a child, Holthouse decided to find out what (the if applicable) had actually happened that night.

There are certainly eccentrics in Sasquatch: Paranoid, cryptozoology-obsessed hippie pot growers, two men described as “Sasquatch hunters / life partners” who seem to have a lifelong disagreement over Bigfoots’ ability to teleport. But it’s not King tiger; its purpose is not to make fun. While it’s a shame that much of this takes place during phone calls with subjects who wouldn’t speak on camera, Holthouse’s investigation does seem genuinely dangerous. And after plunging us into a supernatural mystery, he and director Joshua RofÃ© (both executive producers, on a crew that also includes Mark and Jay Duplass) unearth a true story that touches some of the most painful places in America, from the war on drugs to racism and xenophobia. [Read TIMEâ€™s guide to weed-adjacent new shows that premiered on 4/20.]

Stories of wear and tear (Netflix)

Some people dismiss fashion as superficial or extravagant or too exclusive. For others, it’s great art carved around the human body – an abstract language made up of lines, shapes and textures with the ability to translate our deepest selves into terms the material world can understand. Both camps are right. But clothing plays a more central role in our lives than either allows. As universal and essential as food, it is something that helps define our shared humanity and that most of us need to think about several times a day, if only to make sure we are well prepared. to face the elements.

It is through this large lens that Stories of wear and tear, a docuseries adapted from the book of the same name by Emily Spivack, tackles clothing, putting aside the art and business of fashion to focus on how people live with it (i.e. to say, in) this. Woven together from short vignettes, the eight themed episodes are studded with famous faces. Simon Doonan pays tribute to the pair of Stephen Sprouse leggings he wore in aerobics classes that helped him through the early years of the AIDS crisis, while Rep Frederica Wilson explains his philosophy of dressing bold from head to toes. But Spivack, who produced the show with a crew including Jenji Kohan and Won’t you be my neighbor? Director Morgan Neville is just as interested in the clothing experiences of ordinary people: crossing guards, club kids, athletic teenagers, museum employees, musicians, even nudists. My favorite segment features Carlos, a former incarcerated man who helps recently released peers come back to life on the outside after long prison terms, a process of getting them to buy their first new outfits in years. Although the general tone is light, Stories of wear and tear takes our relationship with clothing seriously and in doing so, explores aspects of our sartorial personality that we might never have thought of before. [Read TIMEâ€™s interview with Spivack about the show.]

The original version of this story misidentified the actor who plays Frank in Easttown mare. It’s David Denman, not Joe Tippett.

Sign up for our Entertainment newsletter. Subscribe to More to the Story to get the context you need for the pop culture you love.


For your security, we have sent a confirmation email to the address you entered. Click on the link to confirm your subscription and start receiving our newsletters. If you do not receive the confirmation within 10 minutes, please check your spam folder.