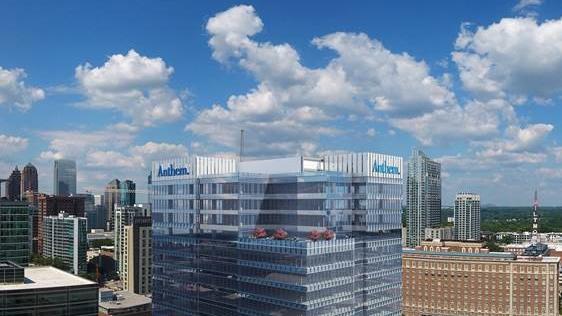 Blackstone is a partner of the 361,000 square foot tower with Atlanta real estate company and developer of the project, Portman Holdings LLC. Blackstone paid around $ 600 per square foot, according to market sources. At that price, it would exceed the sale of Buckhead’s Three Alliance Center, which sold for $ 535 per square foot in 2018. That was a record price, per square foot, for an Atlanta office tower.

What this means: Blackstone continues to invest in US technology hubs. Last year he paid $ 275 million for Roku’s headquarters in Silicon Valley, a popular hardware provider for streaming services. Blackstone, a global private equity giant, also validates Technology Square as the center of an emerging market Atlanta Technology Center or Microsoft Corp., Google and Airbnb have announced major expansions.

What they said: â€œAnthem Technology Center is a high quality asset in one of Atlanta’s most dynamic submarkets, close to Georgia Tech and its diverse and deep talent pool,â€ said Tyler Henritze, Head of Real Estate Acquisitions from Blackstone for the Americas, in a press release. Henritze described the transaction as “in line with our focus on income generating assets in high growth markets”.

The basics: The tower is located at 740 West Peachtree St. CBRE negotiated the deal.