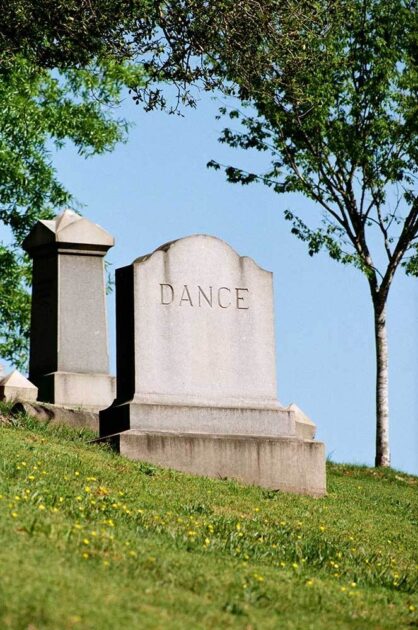 I first met Christian Michael Filardo in Phoenix, Arizona around 2008 when we were still teenagers. This meeting was made through music, but ten years later we were reintroduced to New York through poetry. That’s just how the cards fell; we could have met just as easily through painting, ufology or boxing. Christian is a born interdisciplinary, a proud maximalist, in whose light The purple pill (Pomegranate Press, 2022), forty-eight pages of their color photographs, looks startlingly simple. But it’s also a reminder that Christian is, among other things, an extraordinarily skilled and focused photographer.

This conversation took place the night before Christian’s birthday, late at night, after four bottles of red wine and a long day of fishing in Prospect Park.

Garrett Phelps We went fishing today, but the original plan was to go bird watching.

Christian Michel Filardo We still saw some good birds. We didn’t catch a single fish, but we saw a blackbird chasing a hawk.

generalist And the last time we went bird watching, we saw a rare woodpecker. You’ve taken a lot of bird photos lately, but you mentioned that you were happy to photograph any old bird.

CME For me, birdwatching is an exercise in photographic rigor. It is also a kind of personal war against photography as an art. (laugh) It’s something I need to work towards with less reliance on skill or sleight of hand. You also have to wait for the thing to happen, which is only sometimes true of photography in general. And I always ask myself, “Why am I doing this? Why am I photographing birds when I could create my own stuff? »

generalist Why the distinction?

CME That’s the big question. There is no real distinction, but the imagination weighs heavily on me.

generalist Bird enthusiasts have their own categories for what is considered photoworthy. They will use terms like “a common bird” or “a friendly bird”. The first ones they don’t even bother to photograph; they speak of the latter as if he were literally asking to be photographed.

CME As a photographer, I’m totally unfamiliar with categories like “common” or whatever, but what’s common to an experienced birder isn’t common to me. Of course, this is true in general. I watched SubUrbia the other day, this film by Richard Linklater. There’s a scene with a Whataburger in it, and my partner says, “What’s a Whataburger?” And I’m all, “Well, Whataburger is that Texas burger chain blah blah blah.”

generalist Like a familiar birder with a rare regional woodpecker with a speckled belly or something.

CME That’s how it felt!

generalist And would you photograph a Whataburger?

generalistIt’s not hard to imagine yourself doing this, so the bird series – even if the photographic process seems foreign – doesn’t seem foreign to your… let’s call it your “photographic universe”.

CME Well, I always hope to find moments of intimacy, of hyper-intimacy, in anything and everything. We walked through the park today and I said, “I wish people were playing dominoes right now.” You know, “I wish this”, or “I wish that”, or “I wish it was like that”. And sometimes it happens. Sometimes it happens all the time. Obviously, New York City is special like that, but for years after leaving Arizona, I didn’t know where to go to make that happen.

generalist What was special about Arizona?

CME Nothing happens there, and therefore, paradoxically, everything box get there, even though what happens often sucks. My childhood was spent in Texas, Chicago, China, the Philippines; but I feel like life started when we moved to Arizona, and it was tough. We lived in a rural suburb, and it was arid with only mountains and radio towers. I was like, “What is this place? It’s so empty. I was afraid to take out the trash.

generalist This place may seem as alien and depopulated as the surface of the moon, but it gives you room to wander. It’s a strange, almost negative form of freedom.

CME This is where I traveled through my first experiences of artistic failure. There’s very little creative pressure there, so you can throw it all at the wall and see what comes of it and what kind of person it makes you. I still work that way, and I’m grateful Arizona taught me how, but I don’t know what I’d do if I stayed. Photography was born out of my move to the East Coast. I was in Baltimore. I was trying to incorporate performance art into my music, but no one was listening. Or rather, nobody wanted to listen, which is even worse. That’s when I started carrying around a digital camera. Then I had fun with the movies, and that was it. I started filming everything, everywhere, day and night. It was relentless. And it was because of my failures. That’s why I’m a photographer, but I would really like to be a painter. I would like to still be a musician.

generalist Do you feel engaged in photography?

CME You know, I have no fucking idea. I take pictures. It’s something I do, but it’s not who I am. People come and ask, “Are you a street photographer?” and I’m like, “No, I’m not.” Because I am not.

generalist Why do they insist?

CME They want to call it something. It doesn’t fucking mean anything. And so I’m like, “No, I’m not.” And they’re like, “Yes, you are.”

generalist Because you shoot from the hip.

CME It’s just my life, but not my ultimate goal. I mean, there’s this legacy of American color film photography in which there are three heads: Stephen Shore, William Eggleston and Luigi Ghirri. They took some great color photos, and I don’t want to deter anyone from liking them. I just want to direct the gaze to something different.

generalist A different object? Or different ways of framing an object? The elements of your photos, both animate and inanimate, are usually in the center. It’s almost like a portrait. The photos come across as invited moments, as if the objects literally come together for your camera.

CME That’s a huge compliment! I mean, to me, it’s just the homies. It’s funny that I say it like that, because I’m not super interested in photographing people, although I often do. Object-oriented ontology is a much sexier term for what I’m interested in. It will probably sound psychotic, but (take a cup) I think of this mug as being, like, “I’M HERE!” or “I’M HAPPY!” or something. This mug is the homie, and I want everyone to know who the homie is and see what he’s up to. I fuck with it. I want that.

When we were fishing earlier… (door buzzing) Oh, is the Taco Bell there?

CME When we were fishing earlier, you reached out with a rubber worm in your palm. I took a photo of it. There was some potential in your hand, but the picture is really about the potential of the worm. There is always the potential for another photo. And, in this case, the worm implied it.

generalist Why not just take the next shot, then? Why this need to complement photography – or perhaps “augment” is it more accurate – by drawing on other media?

CME I have nothing to do with photographers. I am not a print sniffer. I don’t feel particularly close to the images. What I do feeling close is the act of making them. Photography is the best way I’ve found so far to establish visual concepts – the ones I want to be part of and others to be part of. The visual concept creates the orbit for everything else: writing, performance, installation, whatever. I work very hard to maintain a sense of privacy, however. I want everything to be so intensely intimate that it feels and functions like a memory. My own memory and also the memory of the public. And I want to keep everything that was there. Or at least a sense of… How to say that?

Ten years from now, I want someone to see a picture from tonight and say, “Oh, Christian was there eating Taco Bell.” (laugh) It sounds stupid. And, in a way, it’s really silly, but it’s not simple. More than any photography – or photography in general – what interests me is to report the larger visual concept. Of all the affinities existing between all that happened to be present. I’m obsessed with it, and photography alone rarely gets me there. I have to go to other media.

generalist These affinities seem to be a basic element of your work, present at all levels. There is a picture in The purple pill of a fountain filled with a red liquid. On the opposite page is a photo of the red inside of a watermelon cut in half. The most immediate impression – or at least mine – is that of two images of the same scene. Almost as if you had given identical definitions to an otherwise irrelevant pair of words.

CME That’s definitely the point. Affinities are central to everything I do. When I was a child in China, I learned that eight is infinity. It is also prosperity, and it lasts forever. It is all of these things. Red is just as powerful as any individual photo. I’m heavy handed in how I connect it all – I like heavy handed. The current show is called Hall of Mirrors. It’s based on the Palace of Versailles, and I want to fill it with chandeliers and cultural criticism. I’m really on my nose. I’m not going to lie, I’m afraid to know how it’s going to land. How can I make it casual? How can I make it laid back and pervasive, like a pop song playing in the background? Just trying seems wrong. Maybe the gallery should be full of smoke? What if the smoke was so thick no one could even see the photos?

Christian Michael Filardo: Hall of Mirrors is on display at the Baba Yaga Gallery in Hudson, New York, through August 8; The purple pill is available from Pomegranate Press.