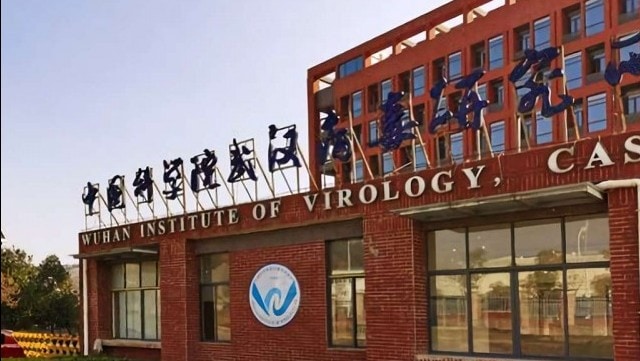 Conspiracy theories about the origin of the coronavirus are getting darker; now China thinks the virus came from an American lab in Maryland

In recent weeks, Chinese officials and the media have put forward the theory that Fort Detrick, a U.S. military installation in Maryland that conducts infectious disease research, may be involved.

disease (Covid-19) in a US military laboratory in Maryland.

China’s targeting of the United States on the origins of the disease that has killed more than 4.2 million people worldwide comes at a time when Beijing faces tough questions over a possible virus leak from a laboratory in Wuhan, the Chinese city where the viral infection was first reported in December 2019.

In recent weeks, Chinese officials and the media have insisted on the theory that the US military may be linked to the outbreak, in what appears to be a desperate attempt to change — or at least dent – – the narrative demanding transparency on Beijing’s share and a detailed investigation of the Wuhan laboratory.

A recent report from Republican lawmakers in the United States says there is evidence the virus has leaked from the Wuhan research center, where scientists were working to modify coronavirus

es to infect humans. American investigators have not validated the results.

China has denied any wrongdoing or cover-up, but pushed back what many called the second phase of the investigation in the Wuhan lab. The first phase found no evidence to support the theory of laboratory leaks after a team from the World Health Organization (WHO) visited the Wuhan facility earlier this year.

It was in this context that the Chinese theory casting suspicion on the United States began to appear frequently in the state media.

Chinese reports promoting the theory call for an international investigation into Fort Detrick, a US military installation in Maryland that researches infectious diseases, and say the lab was temporarily closed in 2019 after a regulatory inspection. The rationale that infrastructure issues and sewage remediation motivated the shutdown is not convincing enough, the theory concludes.

On the work of tracing the origins, the Chinese Foreign Ministry recently said that the United States should start with four things, including the publication and review of data from its first cases, inviting WHO experts to investigate Fort Detrick and its more than 200 biolabs overseas, inviting WHO experts to investigate the University of North Carolina and release data regarding sick US military athletes who attended the World Military Games in Wuhan », A report published by the State World time noted.

The report sought to argue that the University of North Carolina (UNC) laboratory at Chapel Hill, “headed by the famous coronavirus

expert Ralph Baric, together with the infamous Fort Detrick laboratory, becomes the center of public suspicion in the search for the origins of the virus.

In another article, World time said there was a possibility “that some of the patients of the mysterious vaping-related lung disease that swept through all 50 US states in 2019 are in fact COVID-19[female[feminine

patients. ”He cited a group of Chinese scientists and radiologists, who apparently looked at“ some 250 chest CT scans from published articles. ”

U.S. media say that although such a theory has been circulating since March, Chinese diplomats and media have stepped up the rhetoric in recent weeks.

CNN reported that Chinese public broadcaster CCTV recently broadcast a 30-minute report on Fort Detrick and that it has become a major trend on Weibo, a censored Twitter-like app in China.

“On social media, some government and state media accounts promoted another baseless theory from an obscure Italian tabloid, which claimed that the US military had spread the coronavirus

in Italy through a blood donation program ”, declared the CNN report which qualified it as “concerted propaganda”.

The origin of the COVID-19[female[feminine

The pandemic has been the subject of intense debate with claims that the Sars-Cov-2 virus was leaked (accidentally or not) from the Wuhan laboratory. In the early days of the pandemic, this suspicion was dismissed by much of scientists as a conspiracy theory. At the same time, it was suspected that the virus had spread from a seafood market in Wuhan that sold exotic animals, but there was no evidence to confirm this.

A section of scientists believe the virus outbreak could be linked to bats and could have passed through another mammal before jumping on humans. But the missing link has not yet been established.

As a result, demands have increased in the West for an investigation into the theory of laboratory leaks. China, which has come under criticism for its covert approach, has accused the United States of spreading disinformation and politicizing the issue. US President Joe Biden has tasked his intelligence officials to investigate the case.

A joint report by Chinese and WHO scientists, which sent a team to Wuhan, did not draw any firm conclusions about the origins of Sars-Cov-2, although experts said the chances of the virus being escapes from a laboratory were “extremely unlikely”. . But later WHO chief Tedros Adhanom Ghebreyesus said all theories remained on the table. China has rejected WHO plans for the second phase of an investigation.

“One big open question is what kind of work was actually going on at the Wuhan Institute of Virology. Shi Zhengli, the best bat coronavirus

laboratory researcher, said in a March 2020 article in Scientific American that the genetic code for the virus that causes COVID-19[female[feminine

does not match any of the samples from his lab. She also told the WHO team that all staff had tested negative for COVID-19[female[feminine

But still, adds the article, the researchers did not have access to all ” Coronavirus

isolates and genome sequence data stored in Wuhan laboratories ”, as well as logbooks and records.

A the Wall Street newspaper report that three researchers from the Wuhan lab fell ill in November 2019 and requested hospital treatment, and media reports that China has restricted access to a copper mine from which scientists have collected coronavirus

samples after six miners fell ill (three of them died) in 2012 added to the mystery.