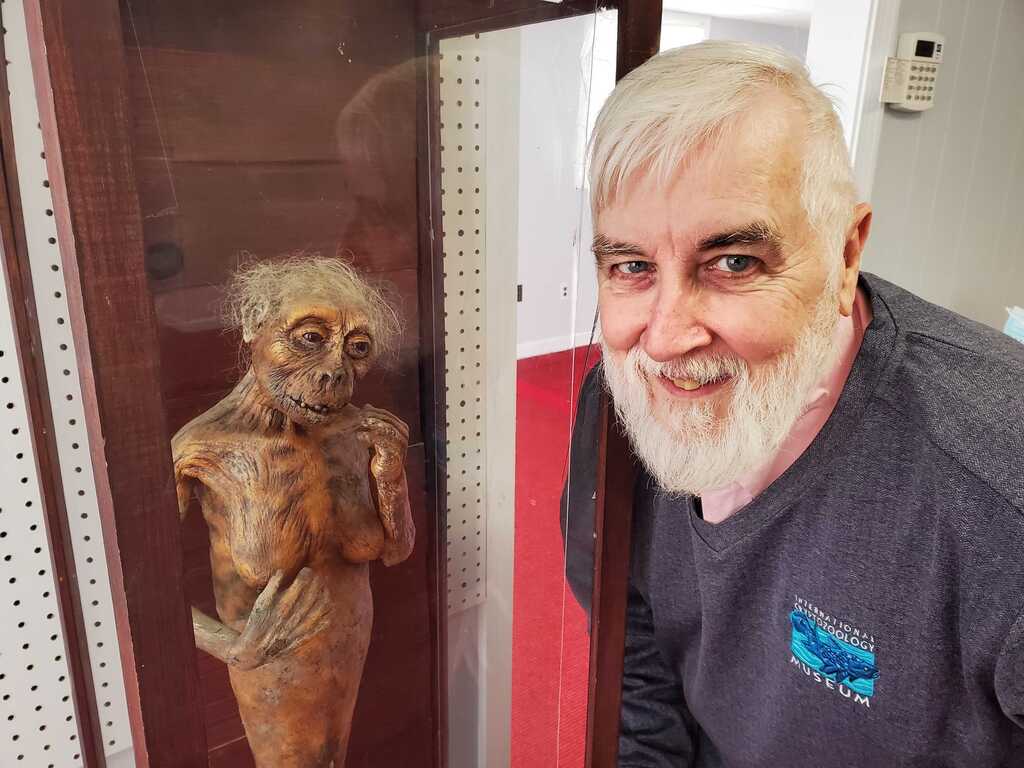 The International Cryptozoology Museum Portland has attracted people from around the world for nearly 20 years to explore its exhibits on Bigfoot, Yeti, sea monsters and other animals as yet unknown to science.

This fall, longtime museum director and internationally renowned cryptozoologist Loren Coleman will expand north, when he opens a bookstore, gift shop and archives in Bangor.

The boutique, which will be located at 585 Hammond Street, will feature books and gifts, a location for the museum’s archives and a rotating selection of Coleman’s extensive collection of artifacts on display. While it’s not a museum in the same way as the Portland location, Coleman said it will still offer a glimpse into the mysterious and colorful world of cryptozoology. Coleman and his wife also plan to move to Bangor. The Portland Museum will remain open.

â€œMy wife, Jennifer, is from the Bangor area, and we always thought that maybe one day we would move here,â€ Coleman said. â€œWe love Portland and have been there for decades. But we just need more space, and Bangor gives us the option to buy something, instead of renting. It just seemed logical.

Coleman has studied cryptids, the term for an animal whose existence has not been proven, for nearly five decades. He has written over 40 books on various cryptozoological topics and has been a consultant and interviewee for films, TV shows, and documentaries.

He opened his first museum in Portland in 2003. Since then the museum has expanded twice, first on Congress Street and then, in 2016, to a much larger space at the Thompson’s Point development on the river. Fore.

The museum features artifacts, samples, models and artwork from cryptids from around the world – from the best known like the Loch Ness Monster, to lesser known ones like Mokele-Mbembe, a dinosaur-like creature believed to be been found in the Congo, in Maine creatures like Wessie, the giant Presumpscot river snake, and the Specter Moose, which stalks the North Woods of Maine. It also presents exhibits on creatures once considered extinct, such as the coelacanth, the â€œliving fossilâ€ fish rediscovered in the 1930s and which serves as the museum’s mascot.

After five years at Thompson’s Point, the museum has grown too big for space, with a particular need for a place to house the more than 100,000 books, articles and other ephemera that make up the museum’s archives. This time, however, finding more space to grow in Portland is next to impossible for Coleman and his nonprofit – there is no more space at Thompson’s Point, and house prices in the Portland area has exploded in recent years to the point where many buyers are out of the market.

Coleman instead decided to look north towards Bangor. In just a few weeks of searching, he found an affordable turnkey property on Hammond Street, which he closed earlier this month.

â€œAnything we wanted to buy in Portland would have been three, four times what it costs in Bangor,â€ Coleman said.

It’s also, as Coleman well knows, just around the corner from Bangor’s No.1 tourist destination: Stephen and Tabitha King’s former home on West Broadway. This iconic red mansion is now the site of King’s charitable foundation and its archives, and it attracts thousands of visitors each year.

â€œI have jokingly been called the Stephen King of cryptozoology in the past,â€ Coleman said. “Once I saw how close this building was to there, I was into it. I think Stephen King’s tourism and crypto-tourism are going to merge well.”