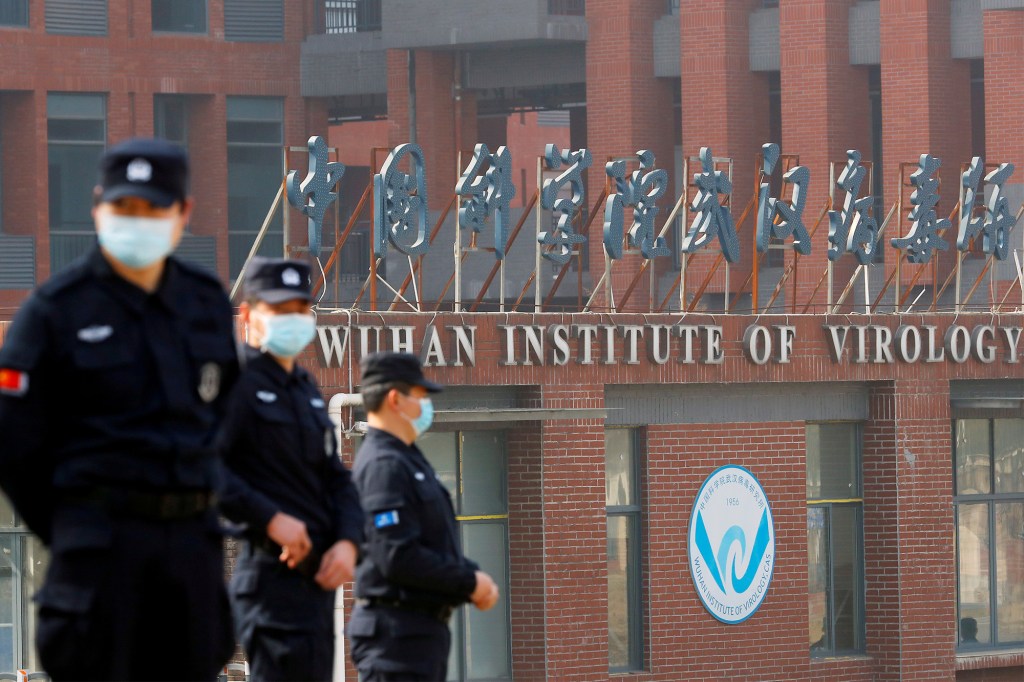 The global death toll from COVID-19 has just reached 6 million, including nearly a million in the United States. Few science stories are more important than understanding where the COVID virus came from. Yet the science editors section of the press proved strangely unable to tell the story directly.

Two hypotheses have long been on the table. The first is that the virus jumped naturally from an animal host, as many epidemics have done in the past. The other is that he escaped from a lab in Wuhan, where researchers are known to have genetically manipulated bat viruses to predict future outbreaks. Both hypotheses are plausible but, so far, no direct evidence exists for either.

The rule for covering such a story is obvious: write about both possibilities as impartially as possible until the truth emerges. But scientific writers have consistently trumpeted any development favoring natural emergence while downplaying or ignoring those that point to a lab leak.

News reports have abounded in recent days about new studies purporting to prove that all early COVID cases were associated with a wet market in Wuhan and therefore the virus must have jumped people from an animal there.

“Two new articles make the case solidly,” ran the credulous headline of The Economist, typical of many articles implying that the case was closed.

“The lab leak theory is dead,” said The New Republic, with great exaggeration.

But new articles are only preprints, unpublished drafts that have not yet been exposed to the rigors of peer review.

One, from a US group led by Kristian Andersen of the Scripps Research Institute, claimed the wet market was the source of the outbreak. The group of authors of the second paper – led by China CDC director George Gao – had every interest in supporting Andersen’s claim, but did not. They only said, as was already well known, that “the market could have acted as an amplifier due to the high number of visitors each day” – in other words, the crowded and closed atmosphere of the market helped the virus to spread from person to person. nobody, but the epidemic did not necessarily start there.

“Scientists who were not involved in the research papers call the new data ‘very compelling’ and a ‘blow’ for the lab leak theory,” NPR claimed. In fact, the data in no way diminishes the substantial evidence in favor of a lab leak.

They also offer no evidence that SARS-CoV-2 ever existed in nature, the key to proving it arose naturally. Not a single animal tested on the market carried the virus. That being the case, it is surely more economical to assume that the many positive environmental samples on the market have been contaminated by infected people, and not by infected animals.

Here are three flaws in new papers that most scientific writers have overlooked.

First, even if all of the first cases came from the wet market, as Andersen’s article argues, there is no way to know if the virus was carried to the market by an animal or by a person whose l infection came from a laboratory. This leaves the debate at square one.

Second, the Andersen group is looking at the wrong period to determine the origin of the virus. The epidemic probably started somewhere between September and early December 2019. But the cases analyzed in their article date from mid-December 2019, when the epidemic was probably well entrenched and its origin already obscured. “These authors attempt to close the case using only cases from mid-December to the end and are unlikely to lead to a scientifically sound conclusion about how or when the outbreak began,” says Alina Chan of the Broad Institute and co-author of “Viral.”

A third flaw is a probable error in the authors’ statistical assumptions. It has long been known that many of the first cases of COVID occurred in people who had no known association with the wet market, which would seem to rule out the market as a source of the pandemic. The Andersen Group plotted the mid-December 2019 cases on a map, showing that the spatial distribution of those with no known connection to the market is very similar to that of market-related cases. This shows, they say, that even seemingly unassociated cases likely had hidden chains of infection with the market, which is therefore the sole source of the outbreak.

The argument is ingenious. Its fatal flaw is to assume that the non-market cases chosen for study were chosen at random by the Chinese authorities. In fact, as Chan noted, one of the authorities’ criteria was proximity to the market. The spatial distribution of out-of-market cases reflects this selection bias, not a hidden chain of infection to the market.

“Since their assumption of no ascertainment bias is most likely incorrect, their analysis is therefore also meaningless,” Chan says.

Unlike most journalists, science writers rarely consider the motivations of their sources. Little or no one noticed Andersen’s deep personal interest in the result he was trying to prove. He and his colleagues concluded on January 31, 2020 that the COVID virus did not have a natural origin.

But Francis Collins, then director of the National Institutes of Health, immediately ruled that view a conspiracy theory that would do “potentially great harm to science and international harmony”. Not to mention his own reputation and that of his lieutenant Anthony Fauci. Both have long been advocates for gain-of-function research — enhancing the infectivity of natural viruses — and they have funded such research involving bat viruses at the Wuhan Institute of Technology.

No scientist wants to get on the wrong side of the administrators of the NIH, the main funders of biomedical research. If Collins said the lab leak was a conspiracy theory, why then, it has to be. Just four days later, Andersen changed his mind and called the lab leak a conspiracy theory. No one in his group offered a convincing explanation for this 180 degree turnaround. Andersen’s new paper, if true, would go a long way to vindicating his otherwise unsubstantiated second interpretation of the matter.

Why are scientific authors so little able to objectively account for the origin of the virus? Innocent of most journalists’ skepticism of human motivations, science writers regard scientists, their authoritative sources, as too Olympians ever to be touched by trivial matters of self-interest.

Their daily job is to relay claims of impressive new discoveries, such as progress towards curing cancer or walking paralyzed rats. Most of these claims come to nothing – research is not an efficient process – but science writers and scientists benefit from creating a flow of pleasant illusions. Journalists get their stories, while media coverage helps researchers attract government grants.

Blunted by the benefits of this collusion, science editors pay little attention to internal issues that seriously damage the credibility of the scientific research enterprise, such as the astonishing fact that less than half of the most publicized discoveries in some fields can be reproduced. in other laboratories. Fraud and errors in scientific articles are difficult to detect, but nevertheless some 32,000 articles have been withdrawn for various reasons. The reliability of scientific claims is a daunting problem, but one that is surprisingly of little interest to many scientific authors.

If it turns out that the COVID virus did indeed escape from a lab in Wuhan, a tidal wave of public rage could shake the temple of science to its foundations. It is because of the interests of their sources – although political polarization is also involved – that scientific authors jump on any evidence favoring natural emergence and ignore anything that points to a lab leak.

Science writers must decide whether their duty lies with their readers or their sources. One makes them real journalists, the other mere unaccredited public relations agents for the scientific community.

Nicholas Wade was Science Editor of The New York Times from 1990 to 1996. From the City Journal.

How the legend of Boggy Creek inspired the Blair Witch Project

Modern animal life may have its origins in the delta – ScienceDaily