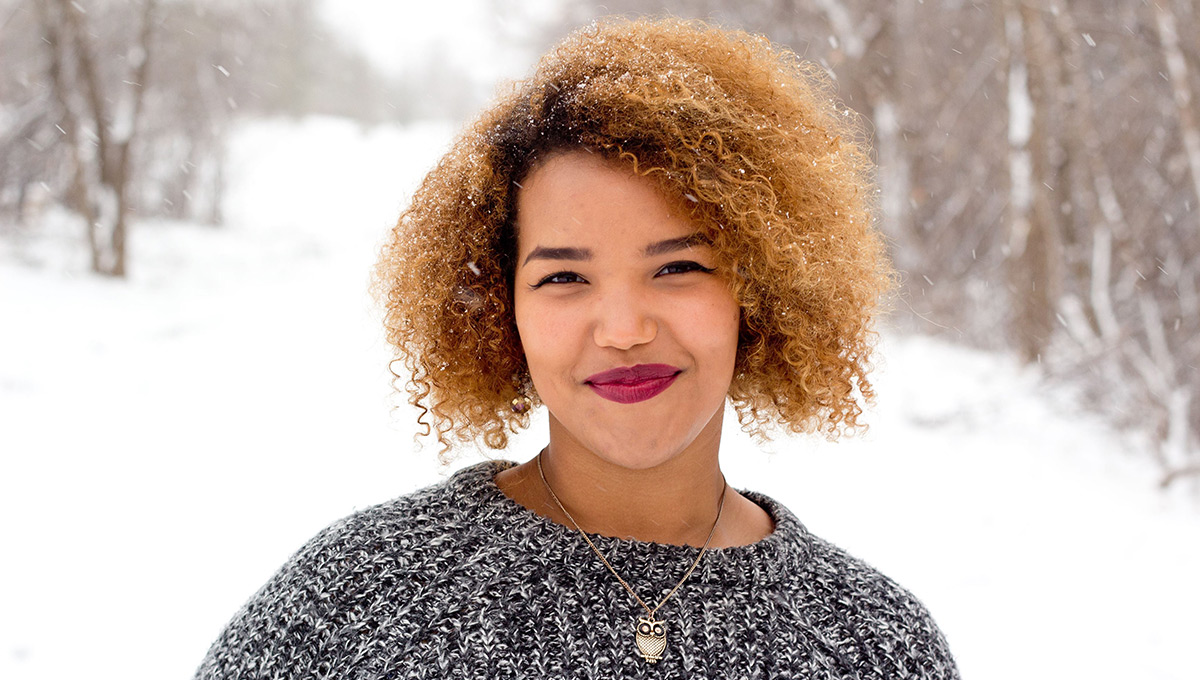 About 10 years ago, Serita Fudlosid set foot on the Carleton University campus for the first time to study biomechanical and mechanical engineering. However, things didn’t go exactly according to Fudlosid’s plan – she began to lose interest in her classes and gave up.

After some thought and a change of focus, Fudlosid quickly returned to Carleton to begin her studies in biology. This has turned out to be the right path and she is now on the verge of receiving her MSc in Biology and will be pursuing her PhD. This willingness to explore different fields of study is one of the biggest lessons Fudlosid learned from his post-secondary education.

“I feel like I’ve progressed so far from this little undergrad who didn’t pass her engineering classes to doing a PhD,” says Fudlosid, who now works and does research at the MacMillan Lab. in Carleton.

â€œStudents need to realize that they are going to make mistakes; it’s part of life and you don’t always have to know where you’re going to end up.

After all, Fudlosid credits the wide variety of courses she was able to explore in the early years of the biology program for helping her find her true passion: insects.

â€œI just think they’re fascinating,â€ says Fudlosid. â€œInsects are so important to our world in terms of food chains and pest control. They have a great diversity and so many different interesting mechanics that they have developed to help them survive in different environments.

Fudlosid’s research in the insect world started to really take off when she met Professor Heath MacMillan towards the end of her undergraduate degree, whose lab is studying the impact of temperature on animal physiology.

The collaboration continued until Masters of Fudlosid, where she began to focus on how insects are affected by microplastics, tiny pieces of plastic pollution. Fudlosid notes that while interest in microplastics is booming, most research is focused on marine life. â€œBut microplastics are in soils, urban environments, the air, the mountains, they are everywhere,â€ explains Fudlosid.

â€œWe wanted to understand how microplastics could affect terrestrial species as well. “

For his research, Fudlosid gave crickets varying amounts of different forms of microplastics. She found that only the highest concentration of polyethylene terephthalate microfibers slowed the growth of female tropical house crickets. There is still work to be done, but one of Fudlosid’s hypotheses is that plastic microfibers could create blockages in the gut, which would impact the ability of female crickets to produce ovaries and eggs. The book is being prepared for publication in Borders, a highly respected scientific journal.

Working with Professor MacMillan and the culture he fosters in his lab quickly became a highlight of Fudlosid’s career at Carleton. She especially liked the regular sessions Professor MacMillan holds where lab members get feedback on their projects.

â€œIt’s so great that Professor MacMillan is creating this space where we can celebrate the work we do,â€ says Fudlosid.

“Impostor Syndrome is real, but Professor MacMillan is very good at bringing you back to reality, showing you your accomplishments and making sure you realize your potential.”

Fudlosid’s doctoral work is linked to a major national grant from Genome Canada, a national non-profit organization. For the project, a network of North American laboratories and universities are joining forces to study how to mitigate the spread of the mountain pine beetle, which attacks pines. The invasive species is spreading to Alberta, but is particularly prevalent in British Columbia, where an ongoing epidemic that began in the early 1990s has affected more than 18 million hectares of forest.

Fudlosid is eager to collaborate with a wide range of different researchers and to learn more. Either way, one thing is certain: its future will certainly involve insects.

“There are millions of different insect species,” she said, “and we only understand a small fraction of them.”