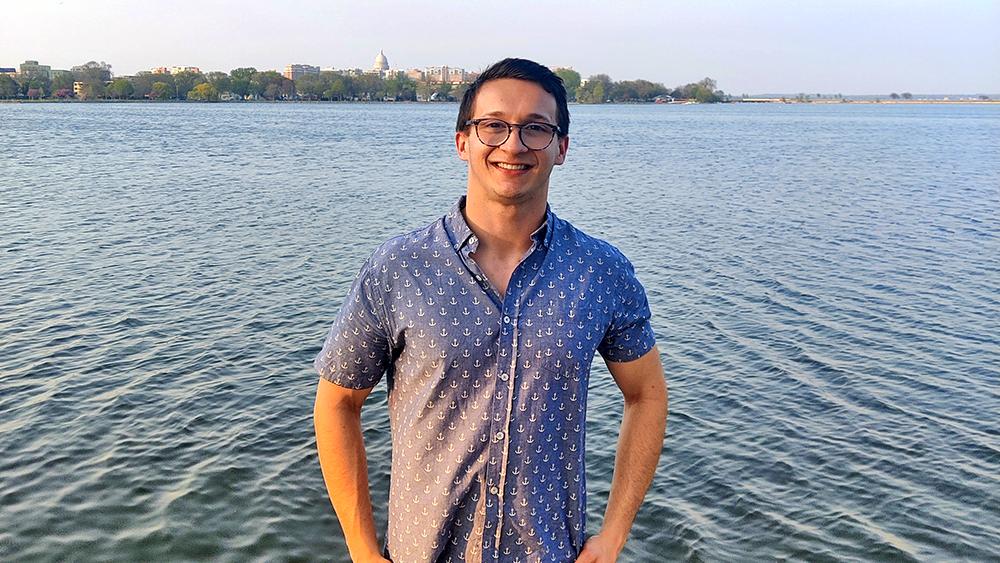 Thematic maps are visual tools that show characteristics of one or more features represented on a map, such as flood risk or mortality rates. They appear everywhere, from national news broadcasts to social media, and visual aids such as maps can have a big impact on large audiences. Reader confidence, however, varies, and Prestby intends to identify exactly what factors influence a map’s trustworthiness.

“Maps are ubiquitous in society, now even more so than usual,” said Prestby, who recently earned a master’s degree in geography from Penn State. “There’s a ton of anecdotal evidence that people generally trust maps more than other types of information because they see them as pieces of objective truth. They are also becoming an increasingly common way to communicate science, as much of science is inherently spatial and maps are an intuitive means of communication. »

Prestby’s dissertation, which he will pursue with Anthony Robinson, an associate professor of geography at Penn State, will consist of three distinct strands. The first will be an in-depth review of the available literature on how trust has been conceptualized and studied in cartography, geography, and related fields like information visualization. He will use the results to guide the other parts of his research.

The second part of his project will examine the psychological factors that underlie trust. Specifically, Prestby will examine the potential impact of a card on a reader and how this affects trust. For example, it will investigate whether showing a flood hazard map to someone who lives in the affected area would increase or decrease reader confidence compared to showing someone who lives far from the affected area viewing the same map.

“One of my assumptions is that if a card shows something that might negatively impact the reader, that person would be less likely to trust the card,” Prestby said. “They will be more likely to critically analyze the card because it has a greater impact on them. Whereas if something does not affect the reader, the individual is more likely to accept the information at the foot of the letter.

It will also investigate how a card reader’s prior beliefs affect trust. For example, someone who lives on the coast and believes in climate change will be more likely to trust a map showing sea level rise than someone who lives in the same area but has different opinions. , said Prestby.

The final installment of his thesis will examine how card design characteristics such as color and context, or how a card is framed, affect trust. When it comes to color, cartographers look at congruent and incongruent color combinations and the different ways colors can be interpreted.

“One of the main ways to look at color congruence is through a cultural lens,” Prestby said. “In the United States, card readers generally perceive blue to be cold or potentially sad, while red generally communicates warmth or feelings like anger. My hypothesis is that if the color palette is incongruous, people will trust a map less than if a color is congruent.

Context includes where a map appears, whether in a scientific journal, magazine or social media site, and what details it contains like titles and annotations, Prestby explained. Cards can be heavily written and contain much more writing, or wide open and left to the reader for interpretation. All of these aspects can affect reader confidence, Prestby said.

The Prestby Fellowship will also include an outreach component. The Department of Geography is currently setting up a cartographic creation space, the GeoGraphics Lab, on the university park campus. Prestby said he would like to use the lab to host a new series of workshops focusing on best practices resulting from his research to improve space science communication.

“In order to foster broader trust in science as a whole, we need to make sure that we communicate space information really effectively and that we also fight misinformation with space data,” he said.

He also said he would like to see the geography lab get involved in some of the cartography courses taught by faculty in the department to educate and inspire undergraduate students and provide mentorship opportunities with qualified cartographers.

Prestby said he invested a lot of time and effort in applying for the scholarship and learned new skills in the process. He thanked Robinson, William Head of the University of California, Santa Cruz, and the rest of the Penn State Department of Geography faculty for their ongoing mentorship and support.

“It’s hard to describe how great it felt and still feels to receive this scholarship,” he said. “Other than my master’s thesis, I haven’t invested as much time and effort into a project as I have this app. I am extremely grateful because the scholarship will completely enrich my experience here at Penn State and allow me to dive into the research I really want to do.

Cholesterol affects the relationship between albumin and major adverse cardiac events in patients with coronary artery disease: a secondary analysis