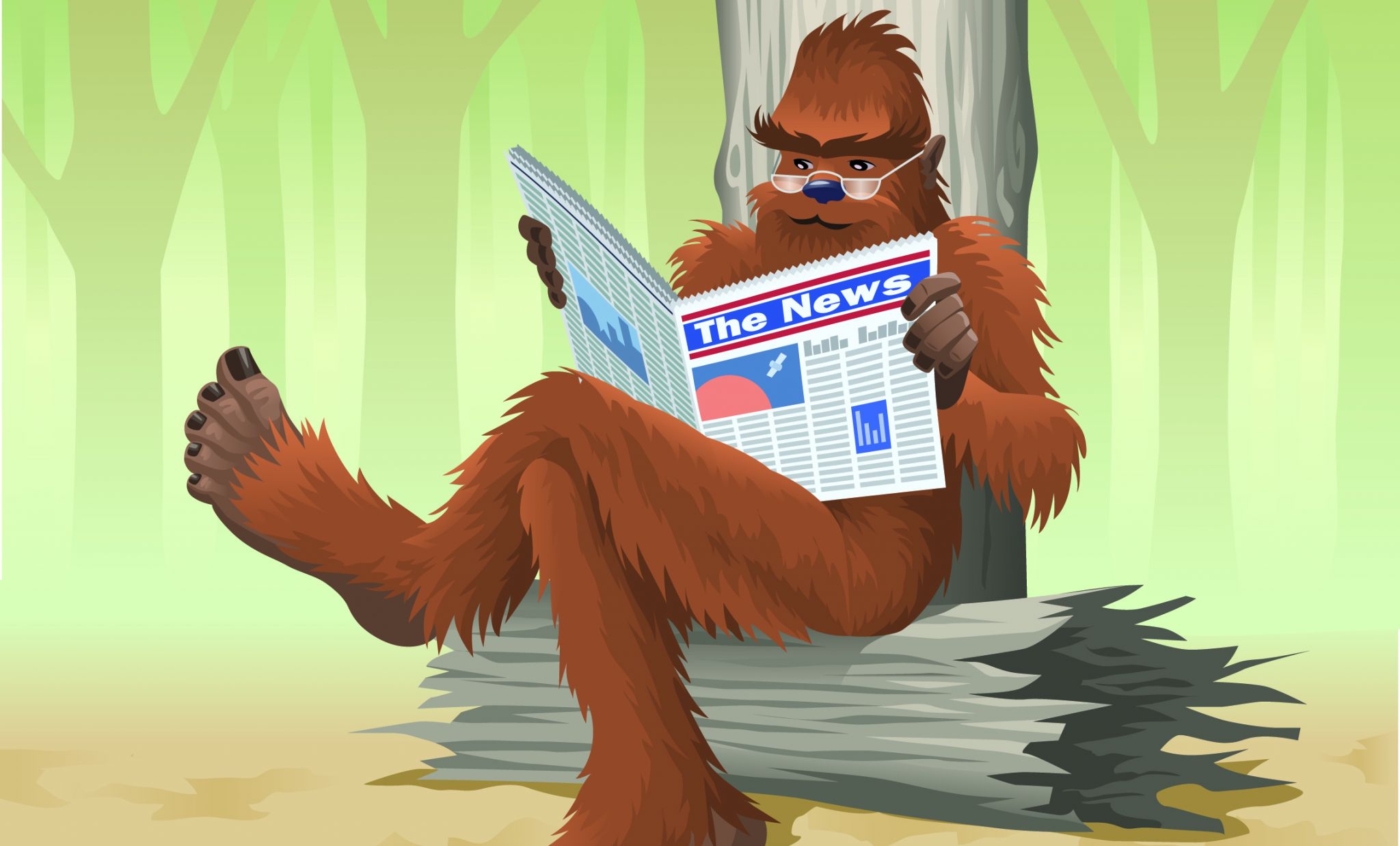 After careful consideration and quiet soul-searching, I have changed my mind as to whether the cryptozoological entity known as “Sasquatch”, also known as “Bigfoot”, is a real creature wandering the mountains. forests of North America or simply an invention of our collective imagination. I now firmly believe that the Bigfoot are real and that we all owe them a sincere apology.

This change of mind was sparked by a story on the Tribune website describing a reported “Squatch” sighting in the western Upper Peninsula. A resident of the Menominee area captured an image of what he believes to be a Bigfoot with his surveillance camera.


The image shows the silhouette of a large, stocky creature (rarely seen in the UP) through a thick stand of trees. The incident was so compelling that a team of “Squatchers” from a basic cable TV show visited the guy. They were convinced the observation was genuine (not that they were predisposed to think that way). Their investigation also convinced me that it was real, and it also made me realize that maybe the reason Bigfoots chose to stay in hiding was because we didn’t make them feel very welcome.

Bigfoot is often described as an extremely hairy, smelly, ape-like humanoid who can stand up to 15 feet tall and weigh up to 800 pounds. It is known to move silently through the forest, and when it makes noise it does so either by hitting a stick against a tree or by verbalizing with a sound often defined as a “shrill” cry. Footprints found in the forest measure up to 24 inches in length. Big, indeed.

In other words, the creature known as Sasquatch is a shaggy, inarticulate, awkward being with a weight issue and body odor issues who is likely bothered by the size of his feet and the sound of his voice. . No wonder he is hiding in the woods and avoiding humans at all costs. This description sounds less like a science account and more like something a college student would write about a classmate in an uncharitable Instagram post.

That is why I would like to take this opportunity to make amends and sincerely apologize to any literate Bigfeet who might stumble upon this column, whether reading a poorly recycled copy of today’s newspaper swept away in the streets. wood by an autumn wind or on a smartphone abandoned by a Tribune reader who has had a mishap while hiking in the woods or sitting in a tree.

I am very sorry, and I hope you will have a heart to forgive us. I know there is room in there. It’s probably the size of a volleyball.

Mark Birdsall is a Huron Daily Tribune editor who wants to believe and knows the truth is out there. Email him at [email protected] or follow him on Twitter at @MarkEBirdsall.

What could be causing neurological symptoms?