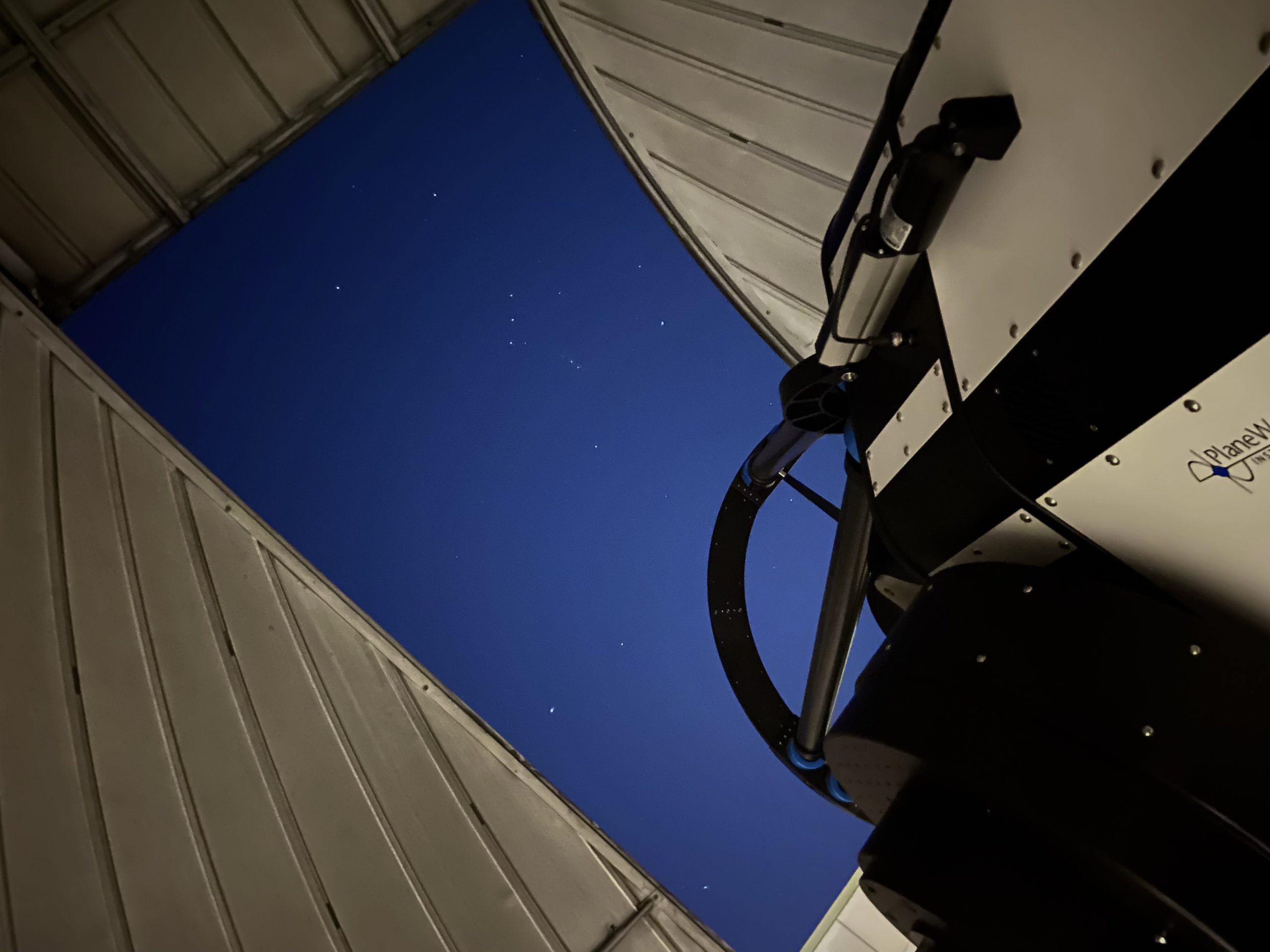 Is there anyone there? The life beyond us and how much closer we are (not) to the answer

The search for extraterrestrial life is by no means new, dating as far back as 5 BCE to philosophers Aristotle, Plato, Epicurus and Democritus. And while their assumptions aren’t based on fact or scientific method, but rather on philosophy, it’s incredibly clear that we’ve always been intrigued by the possibility of life beyond our own.

Over 2,000 years later and we’re not much closer to an answer, but it hasn’t been without trying.

Some early attempts to communicate with extraterrestrial life were through the Pioneer Plaque in 1972 and the Voyager Golden Record in 1977. The Pioneer Plaque, being actually two separate plaques on two separate craft (Pioneers 10 and 11), are plates with engravings of a naked man saluting and a woman beside him, while giving the coordinates of Earth in the galaxy. The Voyager Golden Record, being also two recordings on Voyagers 1 and 2, contains music, nature sounds and images, in the hope of depicting life on Earth. According to NASA, Voyager 1 is currently “the furthest man-made object from Earth and the first spacecraft to reach interstellar space.”

While both experiments were conducted by Carl Sagan and were well-intentioned, it was agreed by most members of the academic community that the attempts were more for the good of humanity than an attempt to communicate with life. extraterrestrial.

“I think there’s a sense of unity and hope in the desire to communicate in this way, and while I don’t expect them to ever be picked up or elicit a response , there is something pleasant for me in imagining these satellites carrying these messages, music and sounds from the Earth to the edges of our solar system and beyond”, adds Dr. Rachel Ward-Maxwell, researcher-programmer in astronomy and space science at the Ontario Science Centre.

“The value of efforts like the design and launch of the Pioneer Plaque and Voyager Golden Records is that they tell us more about ourselves and our understanding of humanity as a civilization,” explains Dr Parandis Tajbakhsh, who teaches Extraterrestrial Life: A Modern Discussion to Include Historical, Religious and Cultural Aspects at York, and has a PhD in Astronomy and Astrophysics. “Even if ever found by another intelligent civilization, it is unlikely that the message encoded in these artifacts can ever be understood.”

In recent years, the focus has shifted from trying to communicate with possible extraterrestrial life to understanding how life might survive in space. While we are still in the infancy of this discovery, recent emphasis has been placed on extremophiles such as tardigrades.

“Extremophiles are bacteria that can live in really extreme environments, and that makes sense if you think about it from ‘how does life move? Life grabs where it can and so it would make sense for life to start as an extremophile, because all environments are extreme,” says Dr. Jesse Rogerson, an assistant professor with a background in astronomy and studying the supermassive black holes.

Chris Rutkowski, considered Canada’s top ufology expert with a background in astronomy, agrees that extremophiles may hold the answer to the possibility of extraterrestrial life.

“I would cite the tardigrades, an extremophile also known as ‘water bears’, which seem capable of surviving in space and in harsh environments. This could mean that if life is possible, it is probable. So if there is an environment where we think life might exist (like the ocean of Enceladus), then chances are it is there. Life might be abundant in the world. universe,” says Rutkowski.

Dr Ward-Maxwell also adds that a better understanding of extremophiles “will certainly inform our hunt for potential life in the universe”.

“Bacteria have been found surviving in permafrost, thriving near the intense heat of hydrothermal vents, and resisting harmful radiation outside the International

Space Station (ISS), demonstrating the range of conditions under which life can exist. This can be extended to our search for microbial life in extreme environments on other worlds, such as underground liquid water on icy outer solar system moons like Europa and Enceladus and lakes of liquid methane and ethane on Titan.

“The ability of bacteria to survive in space also suggests that life could eventually move between bodies in our solar system,” adds Dr Ward-Maxwell.

Because the search for the possibility of life has become so complex, NASA recently introduced a seven-step framework by Jim Green, to assess the data we find on other planets that “reflect the winding and complicated staircase of steps that would lead to scientists claiming to have found life beyond Earth,” they report.

However, Dr Seth Shostak, a senior astronomer at the Research Institute for Extraterrestrial Intelligence (SETI), has doubts about the framework’s effectiveness, comparing it to a similar model used in the past, called the Scale of Rio.

“It didn’t turn out to be very helpful. And the reason is that someone says, “I think I’ve found evidence of life on Mars,” but the problem is who makes the decision on his classification and whether he’s competent enough to make that decision. You don’t need a ladder because no one can complete the ladder unless they are an expert on it. The second reason why it’s not very helpful, in my opinion, is that the public doesn’t know how to interpret this.

If they said, ‘this indication of life on Mars is a five’, the question remains ‘is there life on Mars or not?’

Dr. Rogerson notes that in the search for extraterrestrial life, “Where an astronomer fits in would be in observing radial light, listening to communication, or observing exoplanets and their atmospheres, which is very new.”

The SETI Institute is currently looking for possible signals from intelligent lifeforms, with Dr Shostak saying: “SETI has been working since 1960, so it’s 60 to 70 years trying to listen for these signals – whether they’re radio signals or that they’re flashing lasers, or whatever. »

Dr Shostak continues: “But I think you could also say that it’s something that we don’t do very systematically, because it’s not clear how to do it systematically. What might be better than listening for signals is looking for artifacts. »

“At the conservatory, there are 42 antennas spread across the northern California landscape, and they’re trying to pick up a signal. But the assumption is that a signal will arrive at the telescopes, just as we’re looking. If they broadcast something on Earth, for example, and they broadcast it to arrive on Earth 100 years ago, we wouldn’t see them and if they broadcast it in such a way that it arrives in 100 years , we probably won’t see it with any of the existing telescopes. So it requires that synchronicity. And maybe that’s the difficulty.”

Although the answers are only a little clearer than they were in 5 BCE, experts are unanimous that the current “Billionaire Space Race” is not the answer to finding a extraterrestrial life or to save humanity.

Dr. Ward-Maxwell points out, however, that our presence on these missions may be more harmful to extraterrestrial life, instead of focusing on how its presence would affect us.

“There are certain planetary shields currently in place, such as those described in the Outer

space treaty, which stipulate that the exploration of celestial bodies should be done in such a way as to

“The planned Artemis missions to the Moon and Mars are causing these policies to be reviewed and, in some cases, modified to allow for the advancement of human exploration,” continues Dr. Ward-Maxwell. “It is important to prioritize the potential for microbial life and habitable regions, and that any approach must be carefully considered and informed by research, not profit, to provide the necessary protections.”

Rutkowski also points out that one possible advantage – and perhaps the only one – that the Artemis mission will have on the search for extraterrestrial life is “that being away from the electromagnetic pollution of Earth will allow us to examine the universe at wavelengths that could yield interesting discoveries”.

While the search for extraterrestrial life is still largely a philosophical matter, crucial first steps are being taken to locate and understand all types of life and the universe – and our place within it.