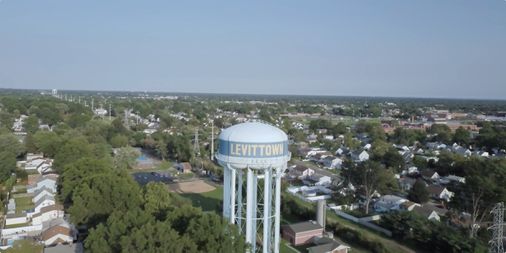 “If you don’t own anything,” says a rare black homeowner in Baltimore in Giorgio Angelini’s discursive yet illuminating speechOwned: A Tale of Two Americas» (2018), « you are nothing ». Butler lives in an immaculate, comfortable home outside the city center – “the trenches” as he describes them – as a fired drone cruises along a devastated street.

Owning a home has been the foundation of the middle-class American dream since the end of World War II, when troops returned from the actual trenches seeking to start their lives over. The government obliged by helping them to buy houses at low prices. Developments have sprung up across the country, providing colonies of countless cookie-cutter homes with yards, a garage and a white picket fence. One of the first and a model for others was Levittown, NJ, designed by William Levitt and home to generations of happy families. As Levitt says, “No man who owns his own house can be a communist.” Nor need any locals fear that a black man might move in next door – they’ve been left out.

Blacks were unable to share in this post-war windfall. Moreover, as those interviewed by Angelini explain, they were systematically relegated to the poorest neighborhoods by the government’s practice of “redlining”. Whites avoided buying there, and those who lived there could not buy property in the nicer white neighborhoods outside. City agencies deliberately skimped on service in demarcated neighborhoods and the resulting slums were cleared for urban renewal developments, further lowering property values ​​and living conditions.

Angelini examines other inequities and ironies of the American housing industry, such as the housing bubble, which led to thousands of foreclosures and the eviction of the poor and caused the great financial collapse of 2008. He visits the wasteland of abandoned McMansions in Southern California. and includes sometimes whimsical footage from 1950s TV commercials, clips from TV shows like “All in the Family,” and a clip of former Federal Reserve Chairman Alan Greenspan admitting to Congress as the country plunged into a financial abyss, “Yes, I found a flaw in my model.

But the model consistently works well for those it was designed for. This does not include people of color, city dwellers, the elderly, the rural poor, and a younger generation who face the prospect of owning nothing and being nothing.

“Owned: A Tale of Two Americas” premieres on the PBS Independent Lens series on Feb. 7 at 10 p.m. and can be streamed on the PBS Video app. Go to www.pbs.org/independentlens/documentaries/owned-a-tale-of-two-americas.

Local filmmaker Jane Gillooly is from Ferguson, Missouri, and after the 2014 police killing of Michael Brown sparked violent protests, she decided to visit her hometown and look at the roots of her family. racial unrest. She investigates a 1960s dispute between the then all-white Ferguson and his all-black neighbor Kinloch. Not far from where Brown was shot, his body neglected and left on the street for several hours, she finds the site of a barricade built in the 1940s by the residents of Ferguson dividing the two towns to prevent blacks to encroach on white territory. It stood until the assassination of Martin Luther King Jr. in 1968, when residents of Kinloch demonstrated to tear it down. But whatever the move’s intention to achieve equality has been foiled – once-thriving Kinloch is now a near-ghost town of vacant land and derelict buildings.

Gillooly interviews residents who remember the conflict and the community’s subsequent history, testimony she intercuts with archival photos and film and footage of present-day Kinloch, which possesses a desolate and pathetic beauty. The link between past injustice and current conflicts is rendered poetic and palpable. As one former Kinloch resident said, “Anything swept under the rug is going to smell. And that smell comes out.

“Where the Sidewalk Ends” can be seen as part of the series America Reframed on the PBS World Channel on February 8 at 8 p.m. and February 9 at 12 a.m. and 8 a.m. and can be streamed online and on the PBS app. Go to worldchannel.org/episode/arf-where-pavement-ends.

Although it offers generous helpings of music from the title rock legend, John McDermott’s documentary “Music, money, madness… Jimi Hendrix Experience: Live In Maui(2020) has less to do with Hendrix and more to do with the bizarre machinations of outlandish hippie entrepreneur Chuck Wein who briefly thrived at a time when the creative opportunities — and the money to be made from them — seemed limitless.

Mage and manipulator, Wein, who had collaborated with Andy Warhol on a few films, managed to convince Hendrix’s manager to include the rock superstar in his budding film “Easy Rider” (1969) without a script and without a plot shot on the island of Maui. . The film is said to be inspired by local surfer culture, with heavy doses of hippie philosophy, meditation, hallucinogens, euphoria and ufology.

Entitled “Rainbow Bridge” (1972), it celebrates the connection between the spiritual and material worlds. Hendrix would appear in a cameo as an assassin and, while on the island, perform a free concert on the slopes of the Haleakala volcano. These grand plans mostly fell through when Hendrix died later that year of an overdose and most recordings of the concert turned out to be of such poor quality that they were unusable. The film itself was poorly received, although it has since achieved cult classic status.

But some of the concert footage was salvageable, and it spotlights McDermott’s film, with electrifying performances of “Foxey Lady,” “Purple Haze” and “Voodoo Child” as well as the unreleased songs “Dolly Dagger” and “Freedom “. McDermott also includes interviews with Wein and his collaborators, Hendrix drummer Mitch Mitchell and bassist Billy Cox, and some of those who attended the concert who insist that 50 years later, their minds are still blown .

Peter Keough can be reached at [email protected].