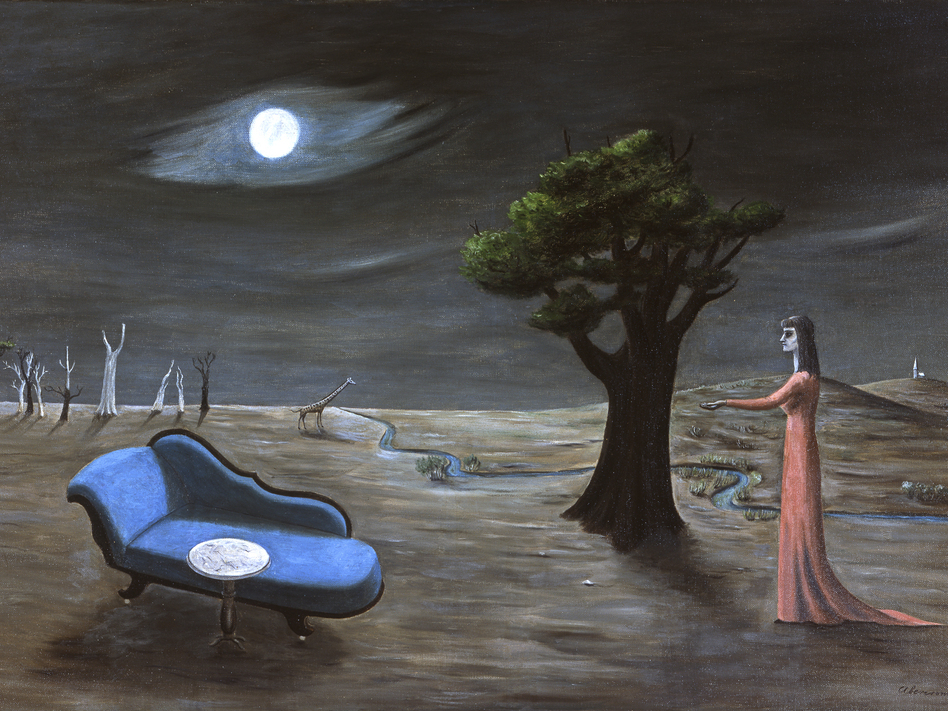 A self-proclaimed bohemian witch who rubbed shoulders with the greatest jazz luminaries of her day was also an accomplished painter. Gertrude Abercrombie lived in a dilapidated frame house on the south side of Chicago, wearing pointy black hats and capes. Today, nearly 50 years after her death in 1977, Gertrude Abercrombie enchants a new generation of art lovers.

“She was a character for days”, explains Robert Cozzolino, curator of the traveling exhibition Supernatural America: The Paranormal in American Art. “I’m surprised someone didn’t do a biopic on her.”

She was called Queen Gertrude by the people who knew her best. â€œI think a lot of magic has happened around her,â€ Cozzolino says.

Cozzolino, curator of paintings at the Minneapolis Institute of Art, included two of Abercrombie’s paintings in Supernatural America. The show, currently on display at the Speed â€‹â€‹Art Museum in Louisville, Ky., focuses on art that reflects the national imagination through the prism of the paranormal. The 160 works of art in the exhibit explore how America is haunted by a violent colonial history that includes slavery and genocide. They examine traditions of contact with spirits during times of mass death, new rituals, and ufology – the examination of unidentified flying objects.

â€œSometimes she’s in the tower like she’s imprisonedâ€¦ or maybe she’s decided to stay away from everyone,â€ Cozzolino explains.

The daughter of traveling opera singers, Abercrombie studied art in Chicago. During the Great Depression, she enrolled in the Federal Art Project of the WPA.

â€œEach month we all got – if we were first class citizens we all got $ 94 per month, which was wonderful in 1935 “, Abercrombie told Studs Terkel on his WFMT radio show in 1977, shortly before his death. â€œIt gave me a good start and a boost. God bless Franklin Delano Roosevelt. We all worked hard. We really worked from morning until, well, every time we got up. â€¦ It just saved some of our lives and it started me on my career. “

It was through her short-lived marriage to a music critic that Abercrombie got closer to jazz musicians such as Sonny Rollins, Sarah Vaughn, Charlie Parker and Dizzy Gillespie, who became one of her best friends. In Jim Crow’s time, when black musicians weren’t allowed to stay in many hotels, she offered refuge. â€œHer house was one of the places black musicians knew they had to take refuge, and they often performed or stayed with her beyond their concerts,â€ says Cozzolino.

“The Modern Jazz team lived here on and off for two years,” Abercrombie reminded Terkel of the iconic The modern jazz quartet, which had sprouted from the rhythm section of Dizzy Gillespie in the early 1950s. “They were playing here in town every two weeks, every month or every two or three and they lived here. They were funny and awfully guys guys. kind.”

Tall, sardonic and irrepressible, Abercrombie has been immortalized by other artists; James Purdy wrote Gertrude of Stony Island about it, and jazz pianist Richie Powell composed a song about how Abercrombie walked, called â€œGertrude’s Bounceâ€. A note in the original score reads: “Marches exactly like the sound of the rhythm in the introduction.” The theme is a cheerful and lively quality in terms of minor movements happening to the side. Dizzy Gillespie compared his paintings to jazz.

For much of her adult life, Abercrombie was little known outside her circle of Chicago jazz artists and musicians. She died at the age of 68, after years of ill health from alcoholism and arthritis. Corn after East Village Karma gallery mounted a retrospective in 2018, Gertrude Abercrombie posthumously became a world art star.

â€œIt was his first exhibition in New York since the 1950s,â€ says Robert Cozzolino. â€œPeople have lost their minds. [Co-chief New York Times art critic] Roberta Smith wrote a lengthy review, singing her praises. They published this thick book and it sold out immediately. And you know, I think when Gertrude Abercrombies comes up for auction now, they’re crazy. “

This means that, thanks to Abercrombie’s new fad, paintings that might have cost a few thousand dollars a few years ago are now selling for hundreds of thousands.

â€œSo, I mean, it’s a measure of success,â€ he says. â€œBut you know, people are very interested in her now, in part because the works really speak to people. They’re mysterious without being overbearing or cryptic. And her story, and the kinds of things she did in it. his life, are so fascinating and colorful. “

â€œI think it’s all a mystery,â€ Abercrombie told Studs Terkel in that long-standing interview in 1977, shortly before his death. “As I have said to other people, the whole world is a mystery.”