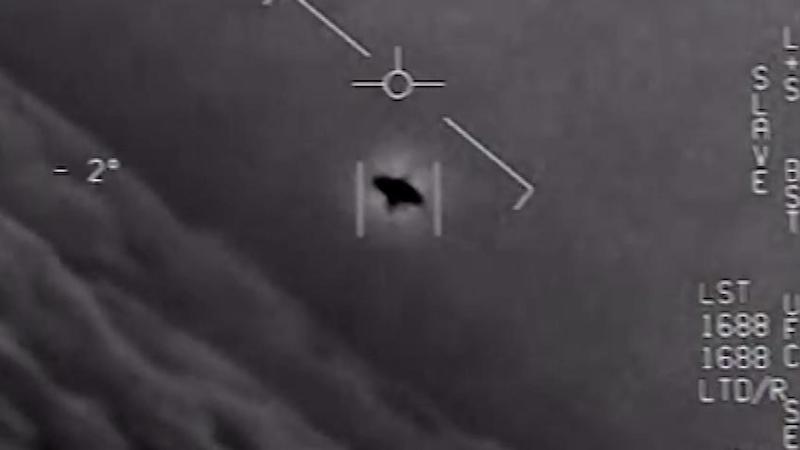 NASA and UFO: the space agency will take a closer look

NASA and UFOs may (or may not) look like a strange combination. But the space agency now intends to take a closer look at the phenomenon. It depends Bill Nelson, was sworn as the new NASA administrator on May 3, 2021. Nelson, former Florida senator and spaceflight veteran, Recount Rachel Crane of CNN on June 3 that he does not know – and no one knows – the identity of the high-speed objects that were observed by Navy pilots. These objects, called UAP (Unidentified Aerial Phenomena) by the Navy, are the subject of yet another pending report, this one by the American Pentagon. This report – called the Unidentified Aerial Phenomena Working Group (UAPTF) report – must be submitted to Congress by June 25.

UFOs have been in the news a lot in recent weeks.

The New York Times provided a brief overview of the UAPTF report on June 3. It focuses on the now famous sightings by US Navy pilots and even servicemen from other countries. Both the US Navy and the Pentagon have verified that the observations are real. However, for now, they are still unexplained.

In the last few years, at least since the premiere of this story broke in the New York Times On December 16, 2017, momentum built for the investigation to continue. Officials have spoken publicly about unclassified aspects of the sightings. Several senators, Democrats and Republicans, admitted to having received confidential information.

Now NASA has entered the conversation. NASA Administrator Bill Nelson himself told CNN on June 3 that he asked NASA scientists to get more involved. Nelson wants NASA researchers to explore new avenues of questioning about UAP.

This is an unusual position for NASA, but many are happy about it.

Nelson noted that since it is not known what these objects are, they should be investigated. He said he thinks he “would know if these things were of extraterrestrial origin,” but also that it is premature to rule out that possibility. Why did he say “he would know?” According to CNN, Five sources familiar with the preliminary results of the ongoing Pentagon investigation said U.S. intelligence officials had found no evidence that UFOs were alien spaceships. But, they said, investigators also failed to reach a definitive assessment of what these mysterious objects might be.

June 3 New York Times article says something similar. This is the same claim that scientists have made for years about UFOs. That is, although an extraterrestrial origin has not been proven, it also cannot be ruled out. Nelson declared this:

We all want to know

There isn’t really a lot of data andâ€¦ scientists should be free to follow these leads, and it shouldn’t be stigmatized. It’s a really interesting phenomenon and Americans are clearly interested in it. [so if] scientists want to investigate, they should.

On a related note, former astronaut and now Senator Mark Kelly also said that he is interested in reading the UAPTF report when it comes out.

Navy reports include the FLIR1 “ticking” objects seen in 2004 near the warships Nimitz and Princeton during training off California. They were oblong, smooth white objects about 40 feet long, with no visible wings, tails, rotors or motors. The pilots said they were performing erratic maneuvers “like a bouncing ping-pong ball”. Several objects were tracked by radar and other sensors descending 80,000 feet to sea level in just seconds or less.

Read a detail forensic analysis of the incident at the Scientific Coalition for Ufology.

In 2014 and 2015, Navy pilots declared many unusual incidents off the east coast of the United States, to the point of becoming a safety hazard. These incidents reportedly continued for a few years. They include those that the famous Gimbal and Go fast video clips are from. In one incident, an object described as a “black cube inside a translucent sphere” was seen passing between two F-18 fighter jets just a few hundred feet apart. It would not have appeared on radar, making it a possible safety hazard.

What could have been the same sort of objects were also tracked on radar, hovering, and then sometimes suddenly descending or accelerating to supersonic speeds. They would move in â€œrace trackâ€ -type patterns all day long, according to the pilots.

The US Department of Defense had previously authenticated these first three videos: FLIR1, Gimbal and Go Fast. They were officially released on April 27, 2020. Original video files are on Naval Air Systems Command website.

So what are they?

Most people tend to automatically think of aliens when they hear the term UFO or UAP. But the key letter in these acronyms is “U”. They are really just unidentified. Most of the observations can be explained as misperceptions of worldly phenomena. Some are hoaxes. But others challenge these explanations. Some of the Navy’s bizarre cases make up some of these so far unexplained reports.

The UAPTF report will focus on sightings of the Navy and other military witnesses over the past 20 years. It will cover at least 120 such incidents where these unidentified devices repeatedly entered restricted military airspace. Is it secret American technology that has been tested, antagonistic technology from Russia or China, or “someone else?” For the US Department of Defense and the US Navy, this is first and foremost a matter of national security.

In other words, the reports describe aerial technology that appears to be way ahead of any currently known. Is it possible that Russia or China got ahead of the United States? Or do these objects come from elsewhere? Similar reports, from both military and civilians, date back at least to the end of the 40s.

The most recent New York Times History has indicated that the theory of American secret technology is unsubstantiated, at least in the vast majority of cases. In some cases, foreign drones or balloons seem likely, given the increasing use of this technology by countries to spy on each other. But other cases are even more difficult to explain.

Conclusion: In the public mind, NASA and UFOs go hand in hand. But there hasn’t been a real connection so far. Now, NASA Administrator Bill Nelson wants the space agency to start taking a closer look at UFO reports, such as those from Navy pilots in recent years.

Read more: US Pentagon UFO report due in June

Via the New York Times

Paul Scott Anderson has a passion for space exploration that began as a child when he watched Carl Sagan’s Cosmos. During his studies, he was known for his passion for space exploration and astronomy. He started his blog The Meridiani Journal in 2005, which was a chronicle of planetary exploration. In 2015, the blog was renamed Planetaria. Although interested in all aspects of space exploration, his main passion is planetary science. In 2011, he started writing about space as a freelance writer, and currently writes for AmericaSpace and Futurism (which is part of Vocal). He has also written for Universe Today and SpaceFlight Insider, and has also appeared in The Mars Quarterly and has written additional articles for the popular iOS Exoplanet app for iPhone and iPad.