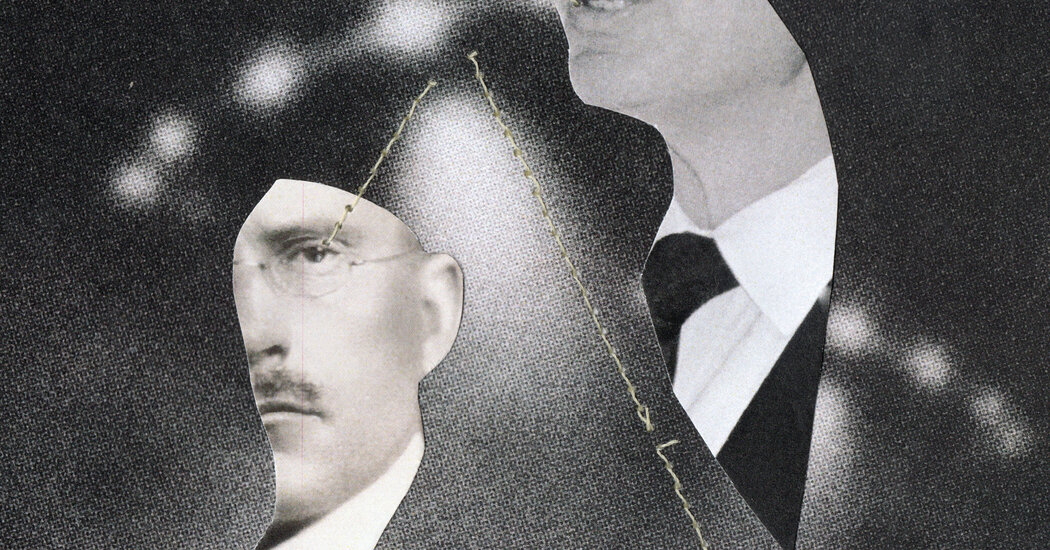 Reviews | Chris Carter, creator of ‘The X-Files’, on UFOs and aliens

When we were preparing the original set for Agent Mulder’s office on “The X-Files” I found the poster with a UFO on it that said “I want to believe”. And I think that’s where most people tackle the whole extraterrestrial business. Not quite there yet, but waiting for a sign.

The universe is just too big for us to be alone in it. Carl Jung wanted to believe, just like Carl Sagan. Both have written books on the subject. Now videos Navy planes tracking unidentified aerial phenomena (as they have been renamed) suggest we may have seen them. Based in part on the videos, a long-awaited government study on the subject landed in Congress on Friday. Answers have been promised. But the answers are always promised.

I have never seen a UFO or an alien as much as I would like. But as a result of “The X-Files” I have met a lot of people who claim to have done it. I saw grainy videos of gray aliens on someone’s back patio. I know an award-winning director who told me bluntly that he saw a UFO when he was in college. Annie Jacobsen, the author of the terrific book “Area 51”, introduced me to a man who worked in this top secret facility for many years and saw strange contraptions come and go on the air base. For a decade, I became a magnet for this stuff.

The plot of “The X-Files” was built on a conspiracy theory: the government lies to you about the existence of UFOs and aliens. Do I think the government is lying to us? Absoutely. I am a Watergate child. Do I believe in conspiracies? Certainly. I believe, for example, that someone is targeting CIA agents and White House officials with microwave radiation, the so-called Havana Syndrome, and your government has denied it.

Can the new report, or any government report, give us clear answers? I am as skeptical as ever.

In 1996, I was invited to the clinic of Harvard Psychiatrist John Mack to witness the regression hypnosis of a kidnapped self-proclaimed alien. I first met Dr. Mack, who studied and came to believe in alien abduction, when he came to Fox Studios to discuss his work. I had used a survey by Roper in which he was involved (a poll of 6,000 Americans on their belief in the existence of aliens) to sell “The X-Files” as a TV show in 1992, and later j read his book, “Abduction”. So I knew something about what I was going to see. I entered into doubt, unprepared for the drama of a woman sitting next to me in tears and terrified of the encounter with aliens she described, on a beach in Mexico. The experience turned out to be powerful and quite unsettling.

Years later I witnessed a conference in San Mateo, California, which focused on an alleged underground government program. Participants believed that this program used, among other things, reverse engineering technology from captured UFOs to militarize space. On the surface, they were respectable and accomplished professionals, including former government officials and lawyers. Some of them also believe that the army has hidden bases on the far side of the moon and secretly meets reptilian aliens there.

This radical element has tormented noble â€œufologistsâ€ for decades and colored public perceptions of the phenomenon. Many people are afraid to admit that they believe for fear of being ridiculed. (Fear itself may be the reason some of us refuse to believe that aliens exist.)

We live in a time of uncertainty, where the truth can be unknowable. I don’t need to tell you that this has spawned a universe of creepy conspiracy theories. From the documentary on the Covid “Plandemic” conspiracy to the idea that we live in a black hole created by CERN’s Large Hadron Collider when we discovered the Higgs boson. Darin Morgan, a writer on “The X-Files”, calls it “the post-conspiracy era”. PoCo – the industrialization of conspiracy theories. Rigorous science and scientists are castigated and vilified. Rigorous journalism is criticized as fake news.

“The Truth Is Out There”, “Trust No One”, “Deny Everything” were the provocative slogans of “The X-Files”, but that was in the 90s, when we had a relatively shared reality. Slogans are now a reality.

In addition to the Navy videos, the reason UFOs get their big time is due to an article about the 2017 bomb in this article. The article exposed a secret program within the Department of Defense in search of the truth about UFOs. The combined evidence spawned the recent government report.

But to me the UFO report was DOA commissioned by a bipartisan group of lawmakers during the Trump administration, the interim report did not reveal anything conclusive about UFOs or their extraterrestrial origins. And the portions that remain classified will only fuel more conspiracy theories.

This is “X-Files” territory if there ever was one. But it is also the cause of some important questions.

How did the Department of Defense keep a budgeted project secret for 10 years – sponsored mainly by Senator Harry Reid in 2007? Why, when Mr. Reid asked for even higher security – and asked to see physical evidence of UFOs – was he refused? And why only a budget of 22 million dollars when we seek answers on the sensitive life which visits us from distant worlds? (That’s roughly the cost of three episodes of the Netflix series “Stranger Things.”)

Ardent disbelievers explained the latest Navy videos as eye stuff – even though fighter pilots describe in detail Unidentified Aerial Phenomena, or UAPs, as having no flight surface, no exhaust plumes, and the ability to perform impossible maneuvers at hypersonic speeds. This opposition, scientific and not, dates back to the 1940s, when a pilot, Kenneth Arnold, saw nine “flying discs” over Mount Rainier.

But the prosecution raises a good question: where is the deep throat of the UFO world? Why no credible deathbed confession? Like that of Enrico Fermi famous paradox asked, if there are aliens, why haven’t we seen them? Could the government really be telling the truth that it really does not know what to think about the phenomenon? Or is the truth above the secret?

Oddly enough, Barack Obama, who once sarcastically joked about UFOs on late night television, now admits that there are objects in the sky that cannot be explained. Even Donald Trump, under whose umbrella the latest study was concocted, admits that there may be something.

I think in all likelihood this report will come and go, and with it the mainstream gossip around UFOs, until definitive evidence is exposed. A planet that can’t come together on climate change or a global pandemic might not pay much attention even if an alien wreck or corpse is discovered. Cultural wars alone could eclipse it, so enraged are we under their grip.

But what if we had direct contact? With real aliens from an exoplanet who have traveled light years to look for us? Who has answers to all the questions we have asked?

The result would undoubtedly change the course of humanity. But would that change us?

I want to believe.

Chris Carter is a writer and director who created the television series “The X-Files”.