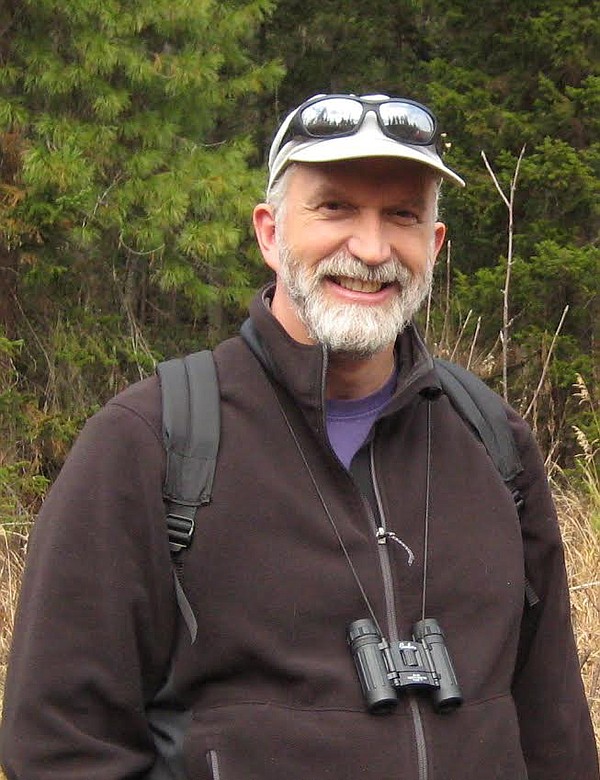 If you’ve ever watched a single Bigfoot TV show, you’ve almost certainly heard of Dr. Jeff Meldrum, professor of anatomy and anthropology in the Department of Biological Sciences at Idaho State University in Pocatello. In an area where being taken seriously as a scientist is as rare as an undisputed sighting of Sasquatch, Meldrum is seen as the real deal.

Elsewhere in this edition of the Northwest Arkansas Democrat-Gazette – in What’s Up! arts and entertainment magazine – you’ll find a story about a Northwest Arkansas World Mythos Museum project “designed as the first institution to explore, collect and share cryptozoology, cultural legends, unexplained phenomena and all the things that are said to be part of our world, but the existence of which has not yet been proven. “

It seemed like the perfect time to meet Dr Meldrum and learn more about his cryptid-themed books.

Q. Tell me where and how you grew up, please? Were you the kid under the covers reading Indiana Jones style adventure books? Or the kid in the woods? Or the kid fascinated by the pieces of dinosaur skeletons at the museum? And how did this trajectory turn into your first cycle in zoology?

A. My elementary school years were spent on the northwestern edge of Spokane, Wash. So the sandy hills and towering ponderosa pine forests were my playground, down to the Spokane River. In addition to our pet dogs and cats, there were praying mantises, baby birds, snakes and lizards and ground squirrels added to the menagerie. Of course, I was fascinated by anything to do with natural history, as well as prehistory, so dinosaurs, cavemen, and glacial megafauna were there. As an undergraduate zoology major, I was on a pre-vet trail. I had spent over 200 hours in a veterinary clinic, but was distracted by the science of physical anthropology.

A. The findings of Australopithecus afarensis (“Lucy”) and the footprints at Laetoli fascinated me. A seminal article on the locomotor anatomy of A. afarensis really focused my attention on the evolution of bipedalism, which also rekindled a bit of a latent interest in sasquatch. I ended up at SUNY Stony Brook for my PhD studies, the very place where this article was born. I was studying the functional morphology of primates in general, and terrestrial locomotion in particular.

Q. How did you end up in the state of Idaho?

A. I have been inclined to put on and take off hats as new opportunities presented themselves in my path. My concern for the form and function of primate feet allowed me to work on fossils of Patagonian monkey feet. This in turn opened the door for a post-doctoral fellowship at Duke University and further work with South American primate paleontology. This subsequently motivated a company of primate DNA sequencing and phylogenetic reconstruction, which in part landed me a position at Northwestern University. It was, however, the quality of life and family choices that influenced a return to InterMountain West. The eastern Idaho area and Idaho State University offered many aspects of a Western way of life and an academic career that weren’t found in a major city academic medical center.

Q. You had considered things like the Patterson-Gimlin movie before you saw the trail that you saw? And as a skeptic, what did you think people saw and called a Sasquatch?

A. One of the first public screenings of the film was at the Spokane Coliseum, where I saw it when I was young. It impressed me a lot and motivated me to seek more information – an experience shared by many, I have learned. Lots of water flowed under the bridge, distractions from growing up, etc. When I was a professor of anatomy and anthropology, I think I had a mixture of skepticism and agnosticism on the subject. But a first-hand examination of the impression casts – and an exceptional and extensive example of fresh impressions – impressed me and piqued my interest.

Q. How were you in the woods when you saw the footprints? Tell me about this experience and how did it change your perspective?

A. In 1996, I paid a surprise visit to an investigator from Walla Walla, Washington. He allowed me to examine his collection of casts and then offered to show me new traces in the ground. I was skeptical of what seemed like a strange coincidence, but I was curious to say the least. For a more complete account of this experience, I refer the reader to my book, “Sasquatch: Legend Meets Science”. (www.paracay.com/sasquatch-legend-meets-science)

Q. Being a scientist studying the intersection of science and legend must have unique moments. What are some of these crazy experiences?

A. It is the data, the evidence that concerns me most as a scientist. The legendary aspects provide some context for the human experience and societal filtering of the phenomenon, but for me the question boils down to: is there a biological species of relic hominoid behind the legend of Sasquatch?

Q. You are the go-to science expert for all the TV adventure hosts who have thought of Sasquatch, from Josh Gates to Paul Beban. What do you hope to get out of these TV shows?

A. They provide an opportunity, albeit rather brief and limited, to present an objective, evidence-based perspective to the issue. There is a scientific background that establishes this possibility as very normal rather than paranormal. The productions also give me the opportunity, as an investigator, to visit locations, examine first-hand evidence, personally interview witnesses and experts.

Q. What are your theories as to why we have no bones, no bodies, when we have hair and feces and vocalizations and sightings of believable people? Is there a Sasquatch graveyard somewhere – I guess I think like elephants – that we just haven’t found?

A. Lack of bones and bodies is largely a matter of numbers. I suggest that these relict hominoids are very rare. Assuming the natural history of a large hominoid, they probably have a long lifespan, rarely reproduce, have no natural predators. When they are on the verge of natural death, they are likely to hide in a secluded place, as do other top predators. They mainly inhabit moist conifers with acidic soils. Which bones that are not chewed by rodents rarely persist under these conditions.

Q. What would you say to skeptics about why you study Bigfoot?

Q. And what would you tell believers about how they can help to pursue science?

A. Cultivate the qualities and habits of a â€œcitizen scientistâ€ – objectivity, critical thinking, parsimony, differentiation and documentation of credible evidence.

The truth is out there. But with the new UFO report set to land soon, discussions of alien life are also becoming more common in science classrooms nationwide.