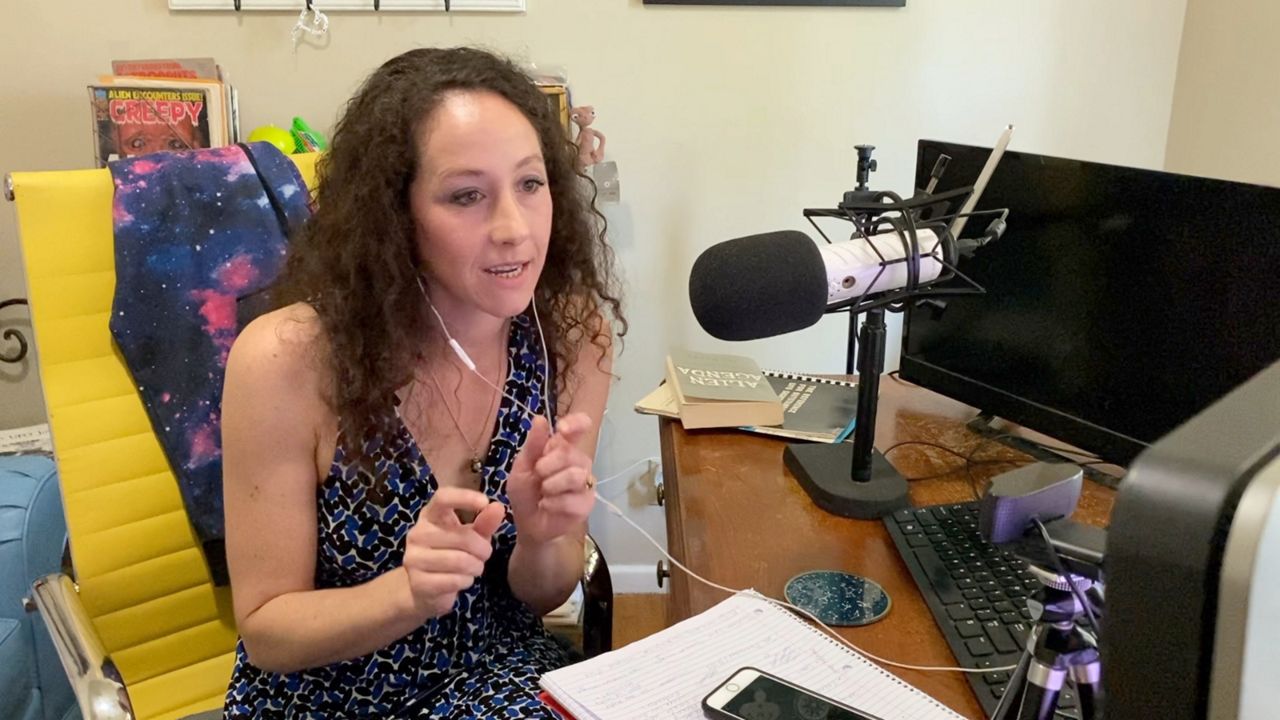 “I want to find out the truth and that’s what drives me every day,” said ufologist Jane Kyle.

Curiosity for the unusual began with her interest in a man named Ben, who would later become her husband.

“By osmosis, I learned that UFOs were real,” Kyle said.

From that moment, Jane Kyle became “UFO Jane” and the hunt for all out-of-this-world possibilities began.

Kyle thinks congressional hearings legitimize the UFO talk, but she doesn’t think the US government will reveal classified data to the public. (Spectrum News 1/Dylan Scott)

The New Braunfels resident remains very busy in the Lone Star State. For someone as dedicated as her, the search for the next big sighting includes weekly live streams, documented case maps, and tons of field research.

Since 2007, the University of Texas journalism graduate has been turning to the stars in places like the Faust Street Bridge in South Texas for answers.

“I keep looking, I’m still looking. I haven’t seen anything too crazy yet, but give it time,” Kyle said.

His inbox tells a different story of Texans believing they’ve seen the incredible and needing to share their experiences.

“They want to get rid of that, that they’re not crazy, that other people saw that too,” Kyle said.

It just so happens that after nearly 50 years, Congress is now ready to admit it is doing the same after holding a hearing to discuss dozens of UFO cases across the country.

“By labeling them a national security issue, we can help the government as civilians and as citizens here in Texas by comparing what we see with what they see,” Kyle said.

Kyle receives numerous emails each week with photos and videos across Texas regarding allegations of unusual lights and objects on his website, TexasUFOSightings.com. (Spectrum News 1/Dylan Scott)

Nicholas Suntzeff, a prominent Texas A&M professor and astronomer, said after four decades of reviewing accounts, he hasn’t yet seen evidence to suggest aliens exist, but that doesn’t mean it won’t happen. not.

“We’re open to that, people seem to think astronomers just want to shoot down anything related to extraterrestrial life,” Suntzeff said. “We would love to be able to find out something like this. We need really good evidence, better evidence than what we’ve seen in the videos so far.”

As for Jane Kyle, she is also waiting for the day when a photo or a video will change everything.