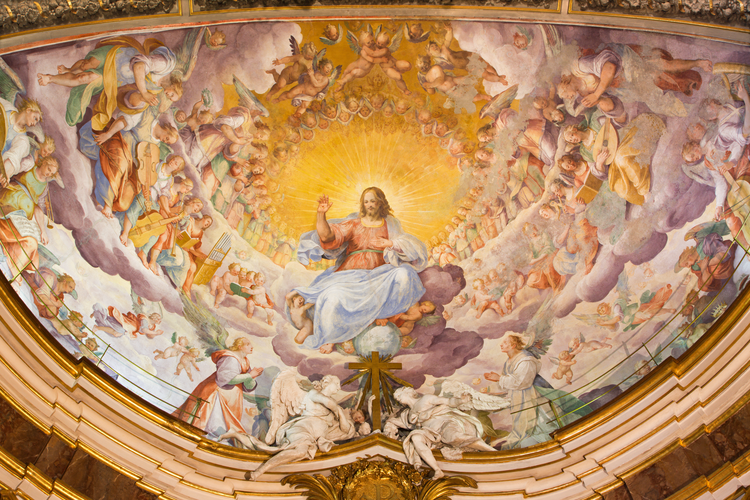 The afterlife is having a moment. ‘Beyond’ will help Christians and non-believers discuss what lies beyond the grave.

The afterlife is having a moment.

Over the past two years, no less than three high-profile books by eminent intellectuals have explored the history and ethics of Heaven and Hell. As David Bentley Hart sought to challenge the justice of eternal damnation in May all be saved and Bart Ehrman argued in Heaven and hell that Christianity invented its afterlife with the limited help of Jesus, the new book by Catherine Wolff Beyond is a smoother and more personal journey. In it, she mixes well-written impressionist summaries from various religious perspectives with personal anecdotes to answer the age-old question of what lies beyond the grave.

This book is not for anyone who wants to understand what a religious group thinks or believes about the afterlife. For this you will need a small library. It holds promise for the non-linear reader, however, who wants to delve into a collection of beautifully curated vignettes on particular thinkers or topics. For example, if you wanted to learn in about three pages what Islam really says about jihad and the “seventy-two virgins” mentioned in the Quran, Wolff has you covered.

More than anything else, Wolff is a reassuring guide for the spiritually curious Christian. She often relies on anecdotes and conversations with friends and colleagues, which isn’t necessarily a weakness, as her coterie is filled with awesome scholars and thought leaders. A talented curator, Wolff has synthesized, organized and summarized these key thinkers and perspectives into small, easily digestible chapters.

More than anything else, Catherine Wolff is a reassuring guide for the spiritually curious Christian.

Although this is not a story from the afterlife, Beyond is organized chronologically. Starting with the Neanderthals and what Wolff calls “primitive” religion, we discover shamanic and indigenous beliefs. From there we move on to “ancient religion,” the eternally popular theories of the Egyptians and Mesopotamians regarding the afterlife, then at breakneck speed through Judaism to Christianity, and then to Islam. Hinduism and Buddhism are found in part six. Part Seven mixes science, psychedelics, transhumanism, and near-death experiences into a tidy final section on our present day.

The scope of the book is bold but not Promethean, for it is heavily trafficked terrain. The afterword tells us what Wolff herself knew from the start: “There are no definitive answers” ​​and we should be open to the many potential ways to experience the divine. Whether this encounter takes place through prayer, meditation, rituals or hallucinogenic substances is up to us.

At the heart of this book is an admirable desire to demonstrate that the secular and the spiritual do not have to be strongly separated from each other. Christians do not have to be afraid of the religious and spiritual matters of others. Science is not the proverbial bogeyman. Even the Eleusinian Mysteries, banned by Christian Emperor Theodosius I in AD 392, are presented as friendly attempts to answer eternal questions. The open, ecumenical spirit of the book is contagious and engaging. Non-Christians, those simply curious about spirituality, cafeteria Catholics, and hearty Lutherans will have a lot to think about and discuss.

While the personal anecdotes that punctuate the book refresh Wolff’s eloquent but rich summaries of various arguments and thinkers, they also dilute the quality of the material. Wolff makes a conscious choice to “rely on believers” rather than scholars, but some specifics and details have been lost along the way. Although scholarly, the book often falls into broad generalizations.

Ideas about the afterlife tell us more about the hopes, fears and priorities of those who speak than about Heaven and Hell.

I teach classes on the afterlife every year and tell my students that ideas about the afterlife tell us more about the hopes, fears and priorities of those who speak than about heaven and the ‘hell. In this regard, Wolff is no exception. As she protests that this is not a story, she organizes her discussion of various theories about the afterlife as if it were and made some revealing choices about what to do. include and when.

For example, the section on Christianity is almost twice as long as any other section and remains a touchstone throughout the book. (To his credit, Wolff is honest about his Christian bias.) Native religions collect only a few paragraphs at the very beginning of the book, alongside a discussion of “primitive people.” We are making progress in an intellectual ascent towards modern science, bypassing the ancient philosophers who also asked scientific questions about cosmology and the afterlife.

The truth is that humans of all ages believed they were about to discover the secrets of eternal life. We are not that special.

Perhaps that’s why I selfishly wish Wolff could have approached the oppressive structural hierarchies at play in descriptions of the afterlife in a more systematic way. While she briefly discusses Muslim theories on the moral inferiority of women, she does not mention the early Christians, some of whom also questioned whether women should “become men” to enter the kingdom of God (e.g. , Gospel of thomas 114). Likewise, her brief discussion of Swedenborg’s idea of ​​women as heavenly guardians fails to recognize that this expands and reflects something dark and patriarchal: In Ezra’s Latin view, women are doomed for not having breastfed the children of strangers.

Gender, disability, race, identity and power have recently been the subject of major afterlife books by Meghan Henning and Taylor Petrey. (Full disclosure, I wrote about disability and the eradication of identity in Heaven myself.) Ideas about the afterlife can cause harm and bring comfort, so it’s disappointing that Wolff do not think about the types of life, experiences and bodies implicitly devalued in his presentation of his own view of the sky. Although Wolff’s book is more of a quest than a historical narrative, every pilgrim should be aware of the environmental costs they incur on behalf of others on their journey.

The missed opportunities, however, are surely not Wolff’s fault – who writes clearly and has done enormous amounts of research – but is due to the scope of the project. If the truth about what happens when we die is unknowable, then documenting this truth in 300 pages is impossible. Fortunately, Wolff suggests, we have forever to explore its intricacies.