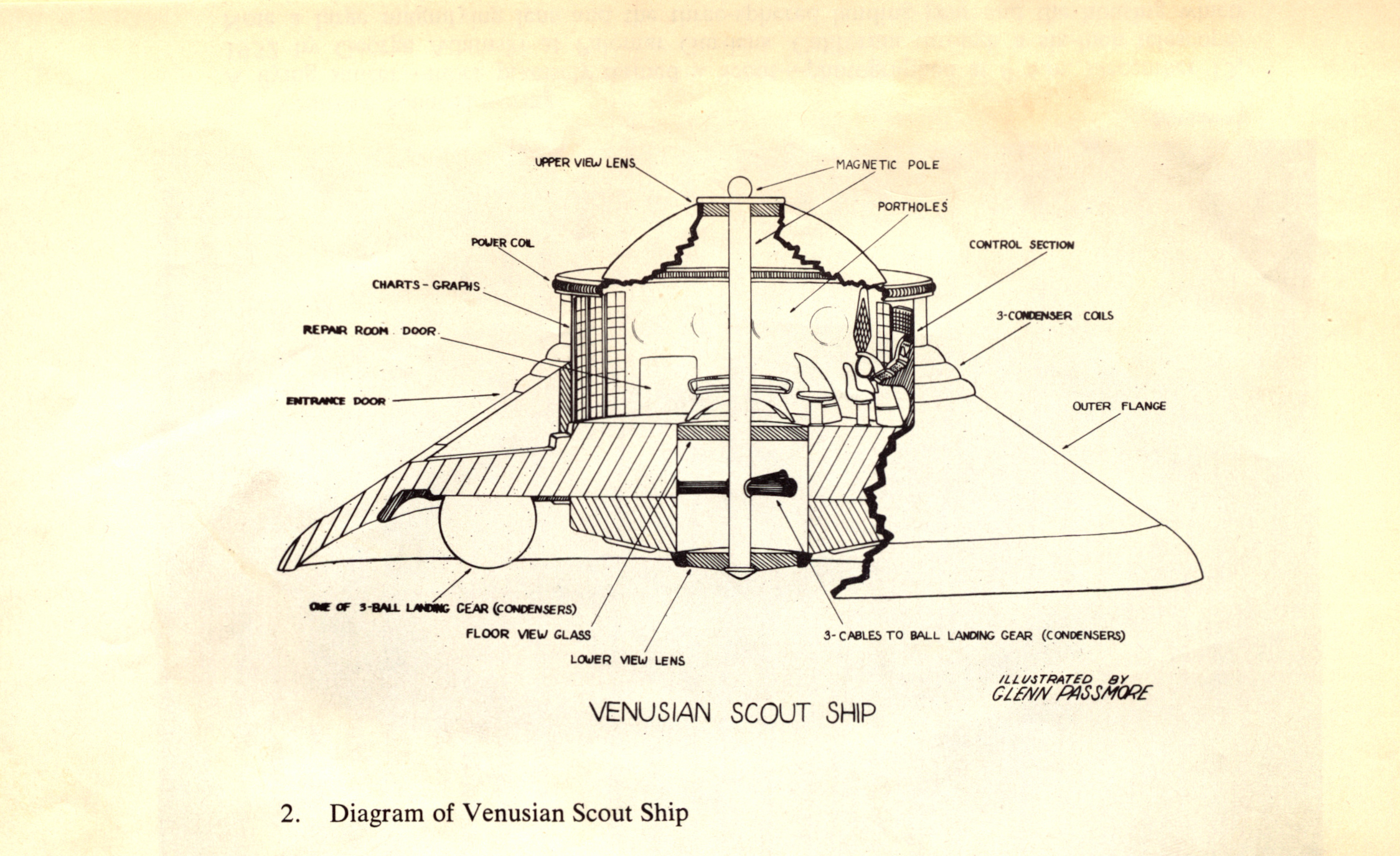 Adamski made several trips (according to his accounts) and was also introduced to a number of other “masters”. Unfortunately, just as there was little explanation of how the technology worked, there was little depth to the utopian ideals presented either. Their teachings always boiled down to a vague proselytism to be kind and to treat our fellow human beings with love and tolerance. Again, while ideologically noble, they offered no real guidance or instruction – merely assertions that the goal could easily be achieved, if only people would try.

“I think the people of Earth would be amazed at how quickly change could occur across the entire planet. Now that you have support for worldwide distribution [referring to radio], messages calling for love and tolerance for all, instead of suspicion and censorship, would find receptive hearts. Because the great part of the population of the Earth is tired of the conflicts and their consequences of misfortune. We know that, as never before, they crave a way of life that will deliver them. We know there is fear and confusion in their minds because they have seen and felt the results of two great wars that only served to feed the seeds of another.

The messages of love, peace and fraternity were not new concepts at the time, but the professed The source of these particular messages brought Adamski some attention, notoriety and even sometimes prestige. In 1959, through an intermediary, Adamski was invited to meet Juliana, Queen of the Netherlands. While Adamski proudly bragged about this audience, some of his subjects weren’t as enthusiastic. According to Time magazine article “The Queen and the Saucers” (June 1, 1959), the Chief of Staff of the Royal Dutch Air Force reportedly called Adamski a “pathological case”, while a prominent newspaper lamented “…she had invited to the palace a madman from California who counted among his friends men from Mars, Venus and other suburbs of the solar system.