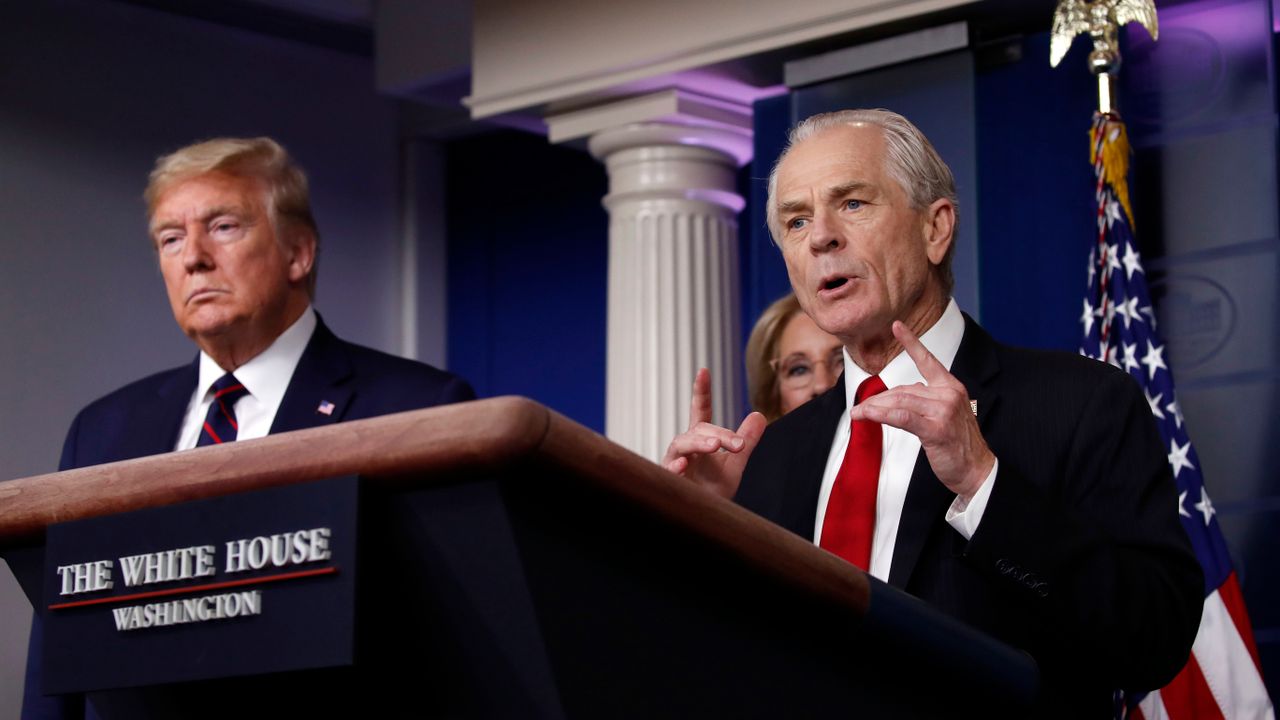 On Thursday, the Senate held a public hearing documenting how former President Donald Trump used his ‘big lie’ about the 2020 election to justify a fascist coup attempt, aimed at abolishing the peaceful transfer of power and turn the United States into a dictatorship.

But that same day, the Washington Postpublished an op-ed promoting Trump’s other big lie: the claim that COVID-19 is a man-made virus created at China’s Wuhan Institute of Virology.

The Job promotes the “hypothesis” that “the infection may have resulted from a laboratory accident or accidental spill linked to the Wuhan Institute of Virology”. He adds, “At the time, the WIV was conducting experiments using genetically engineered viruses similar to the pandemic strain.”

The Job presents his promotion of Trump’s racist effort to blame China for the COVID-19 pandemic as a statement that “two major hypotheses arose about how the virus first infected humans in Wuhan in late 2019 “.

It’s like saying that there are “two major hypotheses” on the validity of the results of the 2020 presidential election. No, there are none. There’s the truth, and there’s a right-wing conspiracy theory.

Trump’s claim that the 2020 election was stolen had no supporting evidence and was a transparent falsification. It does not require forensic examinations of voting machines, voting booths or voter records. Any politician or journalist who gives the slightest credence to this claim is a fascist sympathizer.

Bannon’s podcast, however, was created to promote a different lie. On January 25, 2020, Bannon renamed his podcast “War Room: Impeachment” to focus on the claim that China created COVID-19 as a bioweapon to attack the United States. He called it “War Room: Pandemic”, which is his name to this day.

In the first episode of the podcast, recorded on January 25, Bannon invited washington time columnist Bill Gertz to talk about an upcoming article (of which Bannon had advanced knowledge) claiming that “coronavirus may have originated from a lab linked to China’s biological warfare program”.

A few days earlier, Bannon’s business partner and collaborator, Chinese expat Miles Guo, published an article claiming “the real source of the coronavirus is from a ‘laboratory in Wuhan’ linked to his covert bioweapons programs.” “.

Trump, Navarro and Secretary of State Mike Pompeo are all said to be promoting the claim that COVID-19 was a biological weapon created by the Chinese Communist Party. Trump’s deputy national security adviser Matthew Pottinger is reportedly promoting a variation of the lie claiming COVID-19 was released by accident.

This conspiracy theory would be adopted by the editorial board of the the wall street journal and Washington Postas well as leading columnists for the New York Times.

In the midst of this right-wing storm, led by the fascist tabloid press (Breitbart, the National Pulse, Newsmax, OAN) and backed by the “mainstream media”, the World Health Organization released its interim report on the origins of COVID-19. 19 in March 2021.

The report dismissed outright the claim that COVID-19 was developed as a bioweapon, concluding that it “has been ruled out by other scientists following genome analyses.”

He declared the possibility that COVID-19 spread to humans through a lab leak as “extremely unlikely”, stating: “There is no evidence of viruses closely related to SARS-CoV-2 in any lab before December 2019, or genomes that in combination could yield a SARS-CoV-2 genome. »

More importantly, the report did not recommend further investigations into the potential laboratory origins of COVID-19, cutting off the efforts of warmongers, xenophobes and demagogues on both sides to transform the scientific inquiry into the origins of COVID-19. 19 into a witch. – find an expedition that could be used to accuse China of a cover-up.

The American yellow press howled in outrage, with major American newspapers condemning the findings and launching personal attacks on committee member Peter Daszak, the most vocal opponent of the conspiracy theory in the scientific community.

Under relentless pressure from the US State Department, which officially endorses the conspiracy theory, the World Health Organization dissolved its committee on the origins of disease and formed a new one: the Scientific Advisory Group on Origins. new pathogens (SAGO).

This group published its preliminary report on Thursday. In the period between reports, evidence for the zoonotic origins of COVID-19 has only grown, with the identification of coronaviruses extremely similar to COVID-19 in nature, and more information linking the initial outbreak to the Huanan Wet Market, which had a significant wildlife trade.

At the same time, there has been no new evidence pointing to a laboratory origin of COVID-19, adding to the non-existent previous evidence, bringing the total evidence in support of the conspiracy theory to zero.

Reflecting this reality, the SAGO report concludes: “Currently, currently available epidemiological and sequencing data suggest that the ancestral strains of SARS-CoV-2 have a zoonotic origin, with the closest genetically related viruses being beta -coronavirus, identified in Rhinolophus bats in China. in 2013 (96.1%) and Laos in 2020 (96.8%)”.

He adds that “no new data have been made available to assess the laboratory as a pathway for SARS-CoV-2 in the human population.”

But while acknowledging that new scientific findings have worked to disprove the conspiracy theory, SAGO, under relentless political pressure from the United States, said it “remains important to consider…the possibility of introducing the SARS-CoV-2 in the human”. population by a laboratory incident.

This assertion came despite protests from three members of the Committee, who said: “there is no new scientific evidence to call into question the conclusion of the global study convened by the WHO on the origins of SARS-CoV -2: China Part mission report published in March 2021.”

In other words, after the World Health Organization disbanded its team investigating the origins of COVID-19 under right-wing political pressure, eliminated all outspoken opponents of the conspiracy theory, and brought in pro-conspiracy figures. the right-wing campaign, all the report could come up with was basically the same conclusion as the previous study: “Currently, currently available epidemiological and sequencing data suggest that ancestral strains of SARS-CoV-2 have an origin zoonotic.”

Commenting on the SAGO study, a source close to a previous joint WHO-China study on the origins of COVID-19 observed, “even though they removed the alleged ‘conflicting’ members, they still come to the same conclusion. !”

“The irony is that we had a window where China was providing new data. The right wing pushed politically against the work of the WHO team, they disbanded the team, brought in a contingent of leakers lab, fired people who argued there was no evidence and politically expedient and now have a report asking for lab information from China in a politically charged atmosphere with no evidence at the support of this line of inquiry.

The source added: “The Job piece just adds to the politicization of this, and ironically will continue to keep the window closed for any real understanding of the origins of COVID.

The JobWuhan Lab Lie’s promotion of Wuhan Lab Lie is clearly political. Last month, US Secretary of State Anthony Blinken said in a major speech on US-China relations: “We will remain focused on the most serious long-term challenge to the international order – and that posed by the Republic people of China”.

He continued, “China is the only country with both the intention to reshape the international order and, increasingly, the economic, diplomatic, military and technological might to do so… We will defend our interests. against any threat.

The efforts of Job to promote the Wuhan Lab Lie aim to stir up xenophobic hatred of China to promote US military objectives. They should be dismissed with the contempt they deserve.