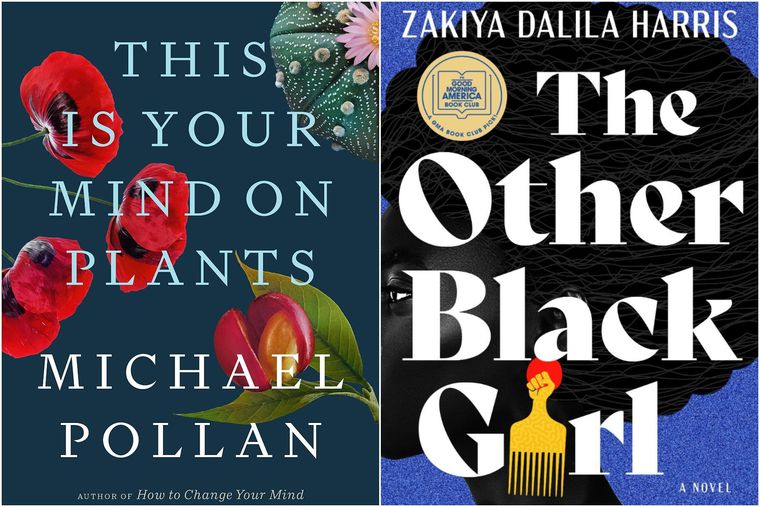 These are the hot books of summer 2021

Do you know how much Hollywood loves producing movies about the cinema? The literary world has a similar predilection for books that take place in the book world.

Often the protagonists of these novels are underpaid subordinates in the lower echelons of the big publishing houses. They are suffering under intransigent and disconnected bosses. They struggle to find love, solve a mystery and make a rent.

Sometimes their coveted Manhattan publishing jobs feature in the plot, as with Zakiya Dalila Harris The other black girl, one of the great books of this summer. Other times the industry is just a hit.

The whole thing is insanely meta, but when a big one like Harris comes along, you can only say keep doing what you’re doing, you vain, self-mythological publishers. And maybe better pay your subordinates.

Our short summer reading list for 2021 also has a lot to offer from the world beyond Publishers’ Row: new fiction by Kathy Wang and Dana Spiotta, a collection of boundary-pushing sci-fi, a Facebook revealer, and the latest Michael. Mindfork Pollan, to name a few. Here is the list :

The other black girl, Zakiya Dalila Harris. Get out meets The devil wears Prada? How can a book measure up to this? Even with the high comparisons and praise, Harris’ The other black girl presents itself as an impressive and powerful first novel, full of wit and intelligence. Nella’s lonely but oddly comfortable role as the only black woman at an old-school Manhattan publishing house is both reinforced and threatened by the newcomer she can’t help but compare herself to. Soon there is a lot more going on than the interpersonal drama and office politics, but let’s not spoil the fun. (Atria Books, now available)

Islands of abandonment: nature bounces back in the post-human landscape, Cal Flyn. The saying at the start of the pandemic – when people drove less, bought less and generally made less – was that nature “heals.” As the meme says, “We are the virus,” and there is some truth to this. Scottish journalist Cal Flyn’s new book takes a holistic approach to the question of what humans leave behind. With lush, sometimes enthralling prose, Islands of Abandonment takes readers to some well-known wasteland, such as post-industrial New Jersey and post-Chernobyl Ukraine, but also to places in Estonia, Tanzania, Cyprus, etc., where the situations are just as fascinating and the stakes just as important. (Viking, out now)

The best of the SF world, edited by Lavie Tidhar. The “SF” stands for science fiction. Hopefully the little rocket on the cover will let readers know what they’ll find inside this 26-story, 575-page cinder block in a collection. We’re talking about spaceships and nanobots, crawling horrors and astral wonders, cyberpunk dystopias, and cold, empty places where no one can hear you scream. It is true that the world of science fiction is always expanding, writes Israeli author / editor Lavie Tidhar in the front, but this kind of international compendium – which includes the work of mostly non-white authors and not famous from worlds as far away as Singapore, Brazil, Croatia and the Philippines – is always new to our timeline. Embrace the unknown. (Head of Zeus, out now)

Impostor Syndrome, Kathy Wang. Following the success of its debut in 2019, Family trust, Wang returns to Silicon Valley for a story of espionage and isolation that is probably too thoughtful and character-driven for the tag â€œpsychological thriller,â€ but it’s a turning point nonetheless. Sometimes funny and heartbreaking, Impostor Syndrome focuses on Julia Lerner, the Russian spy who becomes COO of an Internet giant (like Google but less mean), and Alice Lu, the modest support worker who uncovers her secret. From there, Wang explores the experiences of the two women navigating the iniquities and indignities of international politics and tech-bro culture. (Custom House, now available)

apple seeds, Matt Bell. In the prologue to Bell’s new time-leaping novel, a horned and hoofed fauna steals seeds from a cider house in hopes of starting a primitive apple orchard. In the third chapter, North America has become a freezing post-civilization nightmare populated by a single furry creature named C 432 who may be the last living being on earth. Apple seeds incorporates myth, sci-fi, and satire into her dazzling number about how things went so wrong and so weird. In previous works and even more here, Bell performs a sort of literary puzzle, making the carefully controlled storytelling feel treacherous and delicious. (Custom House, July 6)

Rebel, Dana Spiotta. Summer can’t be all satires, thrillers and escape, can it? You’re going to want something heavy and deep in the mix. This is where Spiotta shines, in earlier novels like the one from 2011 Stone Arabia, 2016 Innocents and others, and in this gripping news about a woman who sees her country and her family dissolve before her eyes on the eve of the Trump presidency. Riddled with ideas about aging, femininity and discontent, Rebel is as elegant as it is crude, and almost as funny as it is sad. Spiotta is going to kick your ass. (Knopf, July 6)

This is your opinion on plants, Michel Pollan. The transition from author from food philosopher to microdosing psychonaut has been so smooth, so guided by science and history, that you might not have noticed it was happening – especially if you did. are on board with crowd delight 2006 The omnivore’s dilemma. Following the 2018 foray into psychedelics, How to change your mind, new Here is your opinion on plants focuses on three brain-altering substances that occupy decidedly different places in Western consciousness: caffeine, opium and mescaline. Pollan says we should reconsider our relationship with these “natural” drugs. (Penguin Press, July 6)

An Ugly Truth: In the battle for Facebook dominance, by Sheera Frenkel and Cecilia Kang. This talk about the inner workings of Mark Zuckerberg’s social media empire could be the non-fiction book everyone is talking about this summer, though its specific revelations remain a mystery for now. (Up-front copies are hard to find, and the release date has been pushed back a month to allow for additional reporting.) Written by two senior investigative reporters at The New York Times, An ugly truth aims to raise the curtain on Facebook’s “fall from grace” as the company struggles to overcome controversies surrounding its business decisions, the handling of user data and the hate rhetoric platform, all of which have had negative consequences. IRL disastrous consequences. (HarperCollins, July 13)

Strange beasts of China, Yan Ge. In this wonderfully savage novel, an anonymous “amateur cryptozoologist” sets out to catalog the otherworldly creatures that roam her city. Unlike most cryptozoologists (even professional ones), she seems to have no trouble finding them, and although they exist outside the normal order of things, these different “beasts” – the sorrowful beasts, the beasts. sacrificial, merry beasts – are fragile. unexpectedly dangerous and sympathetic. â€œLegend has it that the smile of a sad beast is so beautiful, no one who sees it could ever forget it,â€ we are told. “But no matter how many jokes you tell them, they never laugh, let alone smile.” Strange Beasts of China looks like a riddle, a parable and a dream, the kind of book you want to get lost in. (Melville House, July 13)

Those who don’t say they love you, Maurice Carlos Ruffin. New Orleans author Ruffin blew people’s minds with his first satirical novel We cast a shadow (2019), about a black father hoping to bleach his child through dystopian â€œdemelanizationâ€ surgery. Her new collection is all about breaking hearts. Rooted in the here and now – including pandemic masks and marches to protest police brutality – Those who don’t say they love you sings sad little songs about the marginalized: a young beginner prostitute, a fragile trans child, an ex-convict trying to get straight to the point, an unemployed literature professor who assaults tourists in the French Quarter, etc. These characters need a miracle and you end up praying with them. (One world, August 17)

Look for Patrick Rapa’s monthly roundup of good reads on Inquirer.com and in the Sunday Inquirer starting in August.

Analysis: The West is drying up. Things will go wrong