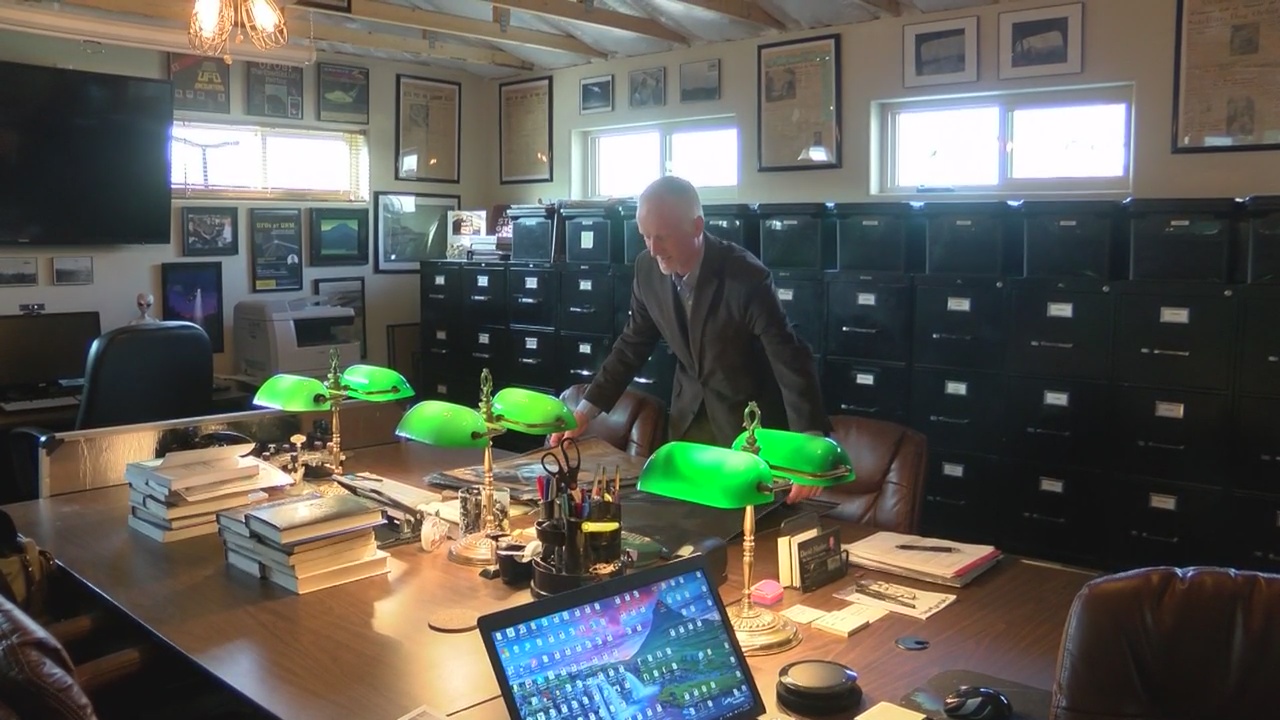 A man from Rio Rancho has spent years building a massive collection and wants to leave his legacy to the future ufologist.

From pictures and magazines to newspapers and audio recordings; David Marler, a UFO researcher who lives in Rio Rancho, is fascinated by UFOs and has accumulated a whole collection.

“The unidentified object, which some sources believed to be an airship, moved slowly along the Pacific coast,” announces an old radio show in Marler’s collection.

â€œStarting in 1990, I started building up what was then a small library, and it’s now grown to epic proportions,â€ Marler said.

Today, 28 years later, he has traveled from near and far in search of things out of this world.

â€œItaly, France, Germany,â€ Marler shouted as he sorted through the UFO-related document files. “I mean it’s Germany, Japan, and Poland.”

â€œThis one is one of my favorites,â€ Marler said as he picked up a file. “This stems from a November 1957 case at White Sands Missile Range where a UFO was in fact visually cited by military patrols landing at White Sands and then taking off.”

Regardless of the size of the collection, he never seeks to sell it, but to donate it.

â€œI think the most important thing is not to collect the data and hoard it, but to share it with other people,â€ he said.

That’s why he made the agreement to give everything to the University of New Mexico upon his death, in the hopes that the collection could one day be a destination for ufologists and UFO skeptics.

â€œUNM may have the first collection of UFO materials in the near future with this acquisition and others,â€ he said.

One of the most recent pieces Marler collected came from a dumpster diver who found a letter about a UFO sighting signed by President Lyndon Johnson and FBI Director J. Edgar Hoover.