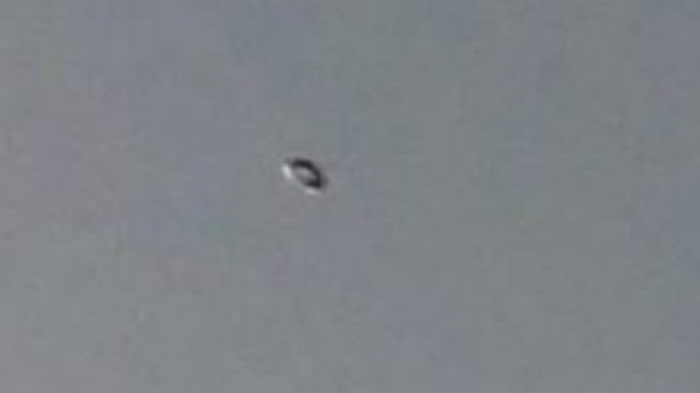 Ahead of the release of a much-anticipated US intelligence report on aerial phenomena, former Canadian defense minister Harjit Sajjan received a briefing on UFOs.

Documents obtained by CTVNews.ca reveal the June 2021 briefing followed a flurry of mainstream media coverage about an upcoming event U.S. military sightings report unidentified aerial phenomena, or UAP, the term US officials use to refer to what are more commonly known as unidentified flying objects and UFOs.

“I guess I’m not the only one noticing the recent increase in comments regarding unidentified flying objects in international media, particularly in the United States,” Sajjan’s chief of staff wrote in an e-mail. May 19, 2021 email to senior defense officials. “I believe it is prudent to request a full briefing from Minister Sajjan on the Canadian perspective on this issue.

A lieutenant colonel coordinated the effort. A five-page slide presentation included an overview of cases and procedures that currently link the Canadian Armed Forces (CAF) to air traffic controllers, federal aviation authorities and a civilian researcher in Manitoba. CTVNews.ca acquired the slides and related emails through a freedom of information request.

It took six weeks of emails before a Department of National Defense spokesperson confirmed the briefing took place in early June 2021, although he did not provide an exact date.

Sajjan, himself a former CAF lieutenant colonel, was replaced as defense minister by Anita Anand in a cabinet reshuffle in October 2021 and now serves as international development minister.

“No, we have no record of subsequent memoirs based on currently available information,” the National Defense spokesman said. “Minister Anand has not received a brief at this stage.”

The information slides indicate that approximately 1,000 UFO sightings are reported in Canada each year.

The emails and five-page slide deck below show how Sajjan received an “unidentified aerial phenomena” briefing in June 2021. CTVNews.ca has redacted email addresses and phone numbers for confidentiality reasons. Click here to see the document in full screen.

The most recent case mentioned dates back to May 2021, when the pilot of a Delta Air Lines flight over Saskatchewan questioned air traffic controllers “about traffic well above them and moving right to left”. According to a Transport Canada public reportthe “controller indicated that there was no known traffic in the area. The pilot replied that they also could not figure out what it was.

The government aviation incident databasewhere this report was published, is studded with 25 years of bizarre sightings of soldiers, police officers, air traffic controllers as well as pilots on military, medical, cargo and passenger flights operated by WestJet, Air Canada Express, Porter Airlines and After.

Transport Canada, the federal department that manages the database, warns that these “reports contain unconfirmed preliminary data that may be subject to change”.

“NAV Canada is the agency responsible for managing UAP-related reports,” read the slides prepared for the then Minister of Defense. “The CAF does not generally investigate sightings of unexplained phenomena outside of the context of investigating potential threats or distress.”

A Nav Canada spokesperson said the company does not investigate UFO reports, adding that their role is to pass information to federal authorities. They point to a Nav Canada canadian aviation procedures guide, which puts “unidentified flying objects” at the top of a list of “vital sightings” requiring reporting. Other examples include “surface warships identified as non-Canadian or non-American.”

A spokesperson for Transport Canada told CTVNews.ca that UFO reports “have no potential for regulatory enforcement and often fall outside the department’s mandate.”

“Reports of unidentified objects can rarely be followed up because they are, as the title suggests, unidentified,” the spokesperson said in an email.

The US government has funded UFO research programs almost continuously since 2007. The public got a rare glimpse of these efforts on June 25, 2021, when the U.S. intelligence community released an unclassified report of recent military sightings, which included UAPs that “appeared to hover in winds aloft, moving against the wind, maneuver abruptly, or move at considerable speed, without discernible means of propulsion.

From drones to weather phenomena to top-secret technology, many potential explanations are being floated for bizarre sightings like these, and officials say they shouldn’t be construed as evidence that aliens are visiting Earth. But finding answers requires investigation, and compared to government-funded programs in the United Stateslittle seems to be happening in Canada.

“As our closest ally and partner in NORAD continues to investigate the national security implications of the UAP, it would be prudent for Canada to take a similar approach,” the former Conservative cabinet member said in a statement. reported to CTVNews.ca. “Rather than ridicule and silence, it would be wise to take this issue seriously, with the aim of identifying the origins and intent of these UAPs.”

Declassified documents held by Library and Archives Canada reveal military UFO procedures and comments dating from the early 1950s. In the 1960s, responsibility was transferred to the Royal Canadian Mounted Police and scientists from the National Research Council of Canada, who ended their involvement in 1995.

According to briefing slides obtained by CTVNews.ca, it wasn’t long before a civilian researcher described as “Canada’s preeminent ufologist” began receiving UFO reports directly from the military and Transportation. Canada.

Chris Rutkowski is a Winnipeg-based science writer and communications professional from the University of Manitoba who has led efforts to document more than 23,000 sightings since 1989 as part of the annual report Canadian UFO Investigation. Rutkowski told CTVNews.ca that he was asked to provide material for the minister’s briefing as a “civilian adviser,” and that he last received official UFO data in early 2021. .

“I’ve been called both a skeptic and a believer, which probably demonstrates that my stance is appropriate,” Rutkowski said in an email. “We are long past the era of UFOs being the subject of ridicule. Well-trained observers have been reporting sightings of UFOs and UAPs and there seems to be a renewed interest from scientists and the military establishment to take a closer look at this persistent phenomenon.

Rutkowski, whose 10th UFO Book due out this spring, would like to see a panel or committee formed to gather and review Canadian cases. Findlay also thinks it’s time for Canada to be more active and open about UFOs.

“We believe the government should take a streamlined, government-wide approach to standardizing reporting collection across multiple departments and contractors, such as NAV Canada,” Findlay told CTVNews.ca in a rare statement on the subject of a Canadian politician. . “Efforts must be made to investigate and make these findings public in a responsible manner.”

UFO procedures remain unchanged in Canada, the Department of National Defense spokesperson told CTVNews.ca. When asked if any information on the subject had been provided to Prime Minister Justin Trudeau or his office, their response was “not directly, no.”