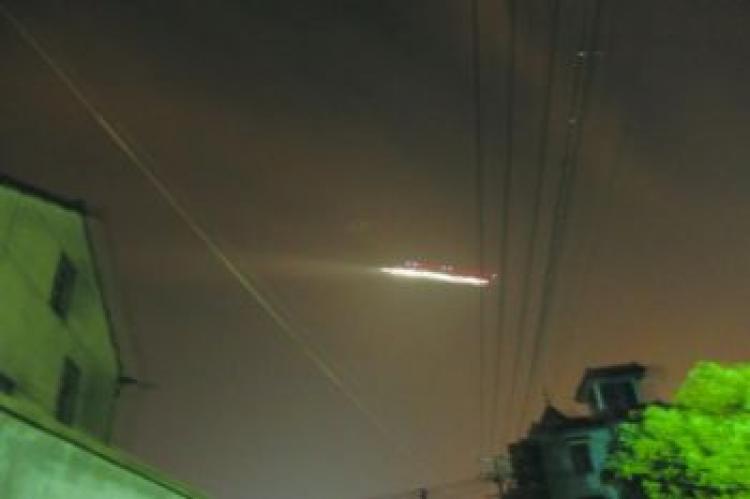 While UFO sightings are mostly reported in the United States, it is actually a worldwide phenomenon. The best UFO photograph ever taken comes not from the United States, but from Costa Rica. It was taken in 1971. Investigative journalist Leslie Kean said the photo ‘may be the most extraordinary ever published by government officials’.

Using a mapping camera, Sergio Loaiza, an aerial photographer, flew over Costa Rica at an altitude of approximately 10,000 feet. The original purpose of the trip was, of course, not about UFOs, but rather surveying a hydroelectric project in the area. A frame from the film taken shows a metallic disc 100 to 200 feet in diameter flying below the photographer’s plane. The negative of the photo was recovered after five decades.

Famous business mogul Elon Musk, who has an opinion on everything under the sun, asked, “What if UFOs were naturally blurry?” implying that UFO images are of poor quality and may be fake. UAP Costa Rica, the organization that released the photo, posted on Twitter on April 2, 2021: “Wonder if @elonmusk saw the Cote Lake UFO photo?” This is an official photo from the Geographical Department of Costa Rica, the original negative is in the National Archives. Experts who examined the photo concluded that it was not a fake. In other words, UFOs are real and a worldwide phenomenon.

An interesting question arises: why do countries like Russia and China have fewer UFO reports?

Although we cannot determine whether the metal disc was actually the product of “alien technology“, there are several important policy issues that politicians should address:

1) A single image from the entire series of photos shows the disc, which was not seen by the pilot and the cameraman. This implies that the technology was far superior to any flying machine of the 1970s, or even the current decade, that the public is aware of.

2) Suppose this technology is used against any country on this planet, what would be the consequences?

Skeptics will say this is science fiction. However, it is worth reading “The Day After Roswell” by retired US Army Colonel Philip J. Corso. In that memoir, Corso claimed that material salvaged from the crashed spacecraft at Roswell was donated to American companies for reverse engineering.

Modern technologies such as fiber optics, integrated circuits and hyperelastic materials are said to have been developed using information gained from the craft. If we look at the technological progress of the United States after World War II, there was indeed a “great leap forward” in these areas, and not the type of progressive accumulation of knowledge that we usually observe. in the history of science. This seems to support Corso’s assertion.

It is true that the number of UFO sightings reported in Russia and China is lower than in the United States, but that does not mean that they are of less importance. Books such as “Russia’s Roswell Incident: And Other Amazing UFO Cases From The Former Soviet Union” by Philip Mantle and Paul Stonehill contain strong evidence that Russian scientists were interested in studying strange object encounters of their forces. soldiers in the air, under the sea, and even in space.

Unfortunately, China is even less transparent than Russia in the area of ​​UFO research. Official information regarding the UFO phenomenon is difficult to gather and NGOs are not encouraged. We can only rely on newspaper articles and anecdotes. One of the few major cases of UFO sightings occurred on July 7, 2010, when more than 20 flights were reported at Xiaoshan International Airport in Hangzhou, Zhejiang province. A flight crew preparing for the descent first detected the “object” around 8:40 p.m. and notified air traffic control. Aviation authorities responded within minutes, grounding outbound flights and diverting inbound flights to airports in Ningbo and Wuxi, cities in the same province.

Hangzhou residents saw a hovering object bathed in golden light with a comet-like tail on the same day and took some pictures of it. They also witnessed a flying object emitting red and white rays of light. Was it sent by a foreign country for the purpose of testing the Chinese Air Force’s response speed or had the PLA Air Force attempted to intercept the object ? No response was ever given.

It would be naïve to expect the truth about the UFO phenomenon in China to be revealed soon. Traditional political ideology is not yet ready to deal with the existence of extraterrestrial civilizations. However, if we study the lives of ancient Taoist sages and immortals, we can find cases similar to UFO sightings. Let’s take the Yellow Emperor (軒轅黃帝） as an example:

Was the dragon an alien spaceship? Was the dragon’s whiskers a downward walkway? It is perhaps easier to find the truth in ancient texts than in modern government documents.

Eddie Leung is a veteran journalist from Hong Kong who has worked in various news media for over three decades. His main interests range from Hong Kong affairs, international politics, movies and Chinese kung fu. He is one of the pioneers of internet radio broadcasting in Hong Kong. Email: [email protected]