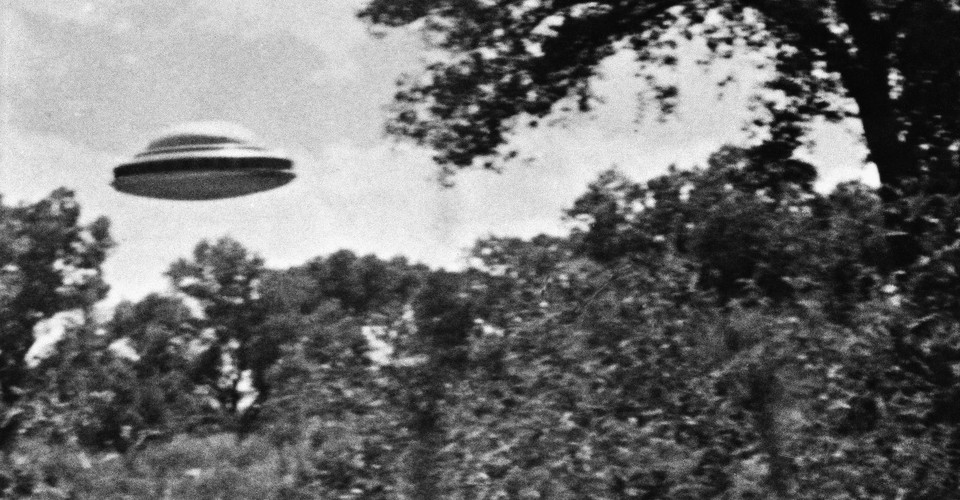 â€œI have thought about all the known quantities in the case of these objects and come to a not too unreasonable answer. The answer is that these objects are unknown, definitely and positively.

That’s what a US Air Force sergeant said in 1953, trying to explain to investigators (and, I guess, himself) what he saw, standing on a rooftop one night. August, watching three well-lit, color-changing objects fly. through. His statement, which can be read on Project Blue Book Archive, a site devoted to supporting “serious UFO research”, comes to a fundamental misconception among people who believe in UFOs – that they are anti-science.

In a recent article Posted in Public understanding of science, Greg Eghigian, associate professor of modern history at Penn State University, traces the history of ufology and its relationship to mainstream science, arguing that the distrust between the two was not due to ufologists ignoring the science. And his analysis contains lessons for understanding other beliefs that run counter to scientific evidence.

Take the Air Force guy – maybe he was an amateur ufologist, or maybe he was just someone who saw something in the sky that he couldn’t explain, but it seems hardly utter a blind and irrational belief. Rather, he seems to be trying a Sherlock Holmesian deduction – he’s gone through the “known quantities” and is trying to come up with the most logical answer possible, which is “this is something I’ve never seen. before or since “.

Many ufologists, says Eghigian, have tried to conduct their investigations in a logical and systematic manner, usually by one of two methods. They would either find ways to code the reports of UFO sightings so that they could be statistically analyzed, or they would do detailed case studies.

But from the start, mainstream science did not welcome the hypotheses about UFOs, especially not that they could be of extraterrestrial origin. When the first reports of discs and strange lights in the sky appeared in the years following World War II, several governments collected and analyzed these stories. The United States Central Intelligence Agency theorized that it could be foreign weapons, or perhaps mass hysteria, (“midsummer madness,” officials said in 1952) which could be another kind of threat to Security.

A few academics have looked into the question of UFOs (University of Colorado psychologist David Saunders has proposed a widely used coding scheme, for example), but not by much. For the most part, academics viewed the study of UFOs as illegitimate.

This view was solidified when a University of Colorado UFO commission released a report in 1968, writing that “nothing has come of the study of UFOs in the past 21 years that has added to scientific knowledge “. After that, but not just because of it, the US Air Force stopped studying UFOs, and with the notable exception of Alien Intelligence Research (SETI), the natural sciences also left aliens alone. .

But the human sciences began to take an interest from the 1970s (although there had been a few studies in the previous decades), not in identifying flying objects but in identifying what made people believe in them. I asked Eghigian if this had changed the nature of the mistrust between the two groups, which ufologists had eventually started to attract the attention of mainstream scientists, but it was their people rather than their assumptions that were the objects of ‘study.

“Once science starts talking about UFO believers as subjects of analysis, that’s when you start to see more series of reports of alien abductions, which tend to involve what?” Human experimentation.

â€œIt’s a good question to ponder,â€ he said. â€œMy initial instinct would be to say that all it did was build a sense of frustration. “

â€œI think it’s very interesting,â€ he adds, â€œthat the phenomenon of talking about alien abduction as a whole didn’t really take shape and gain any momentum until the 1970s and 1980sâ€¦ Once academic science starts talking about believers as subjects for experimental investigation or clinical analysis, that’s when you start to see more rounds of alien abduction reports, which tend to involve what? Human experimentation.

So, while it would be wrong to say that ufologists were anti-science, they had many reasons not to trust scientists and scientific institutions. Being seen as delusional and only interesting because you are delusional is surely frustrating. And the “institutional isolation” of ufologists, writes Eghigian, “has only served to reinforce their view that academic and political authorities are, at best, narrow-minded or, at worst, engaged in conflict. deliberate attempt to conceal information “.

The secrecy with which the U.S. government and others conducted their initial UFO investigations, while understandable given their concerns that the objects pose a threat to national security, may have only make believers believe that there was something to hide.

This kind of real and intentional secrecy is probably rare, but there are many barriers to understanding that the right (or wrong) state of mind can be viewed as suspect. On the one hand, many academic journals are not open access, so the layman who searches on Google would probably not be able to read the scientific studies for themselves. And even if they could, the statistical methods and jargon that scientists use in their writing might be difficult to analyze.

For example, “in the natural sciences, the way you teach is basically math and forms of math that are absolutely inaccessible to the vast majority of us,” says Eghigian. â€œIt’s, I think, relatively natural. It may be downright inevitable. But for the general public, this impenetrability of knowing how to look under the hood creates problems. It may not sound like secrecy to us academics, but to others it seems like we have our own secret language. “

And then there’s the fact that if you asked a scientist about UFOs, or whether vaccines are dangerous, or how to explain a case of apparent telepathy, there’s a good chance he’ll “consider that it’s professionally foolish to even engage in this, â€he says.

“For the general public, this impenetrability of knowing how to look under the hood creates problems.”

Not that scientists should have an obligation to reconsider ideas that many studies have already found no evidence to support. But while laymen are sometimes guilty of not trusting scientists, scientists are also guilty of not trusting laypersons. Interest in UFOs has been waning since the 1990s, after the Cold War ended and ensuing worries about nuclear weapons and surveillance faded somewhat. But the history of ufology offers some insight into the nature of this mutual mistrust, which could have implications for other forms of mistrust in mainstream science.

“Most ufologists have been particularly sensitive to the fact that scientific cynicism towards them seems to indicate a hierarchical asymmetry at work,” writes Eghigian.

People with scientifically unsubstantiated beliefs – anti-vaccines, climate change deniers, PSE believers – may feel like they are not being heard, that their concerns are not being addressed. Scientists may think their concerns are not worth addressing, that paying attention to these incorrect ideas gives them too much legitimacy. Thus, the trust between science and the public can crumble in places.

As my colleague Emma Green cleverly noted in her recent article on anti-vaccines, the distrust of science may stem from the “monolithic power of science as a source of cultural authority,” to put it mildly. and what is not, what is so and what is not, what is good and what is not. Science is the best tool we have for making these kinds of judgments, but it is only a tool. It is not a set of facts that are stamped “true” for eternity. New discoveries can replace old ones – there is always the possibility that we can learn something new, and that will change everything. It is at least conceivable that one day there may be good evidence for outside beliefs, such as that aliens are visiting or have visited Earth, even though there is no such evidence today.

According to a 2015 Pew report, 84% of scientists reported as a major problem that “the public doesn’t know much about science.” This may be true (although another pew survey 2015 found that Americans did fairly well on a quiz on basic science concepts). But it is also possible that some ufologists and others who are wary of mainstream science to do understand, they just hope it will eventually confirm what they already believe.

Would psychic powers really cause a nosebleed?