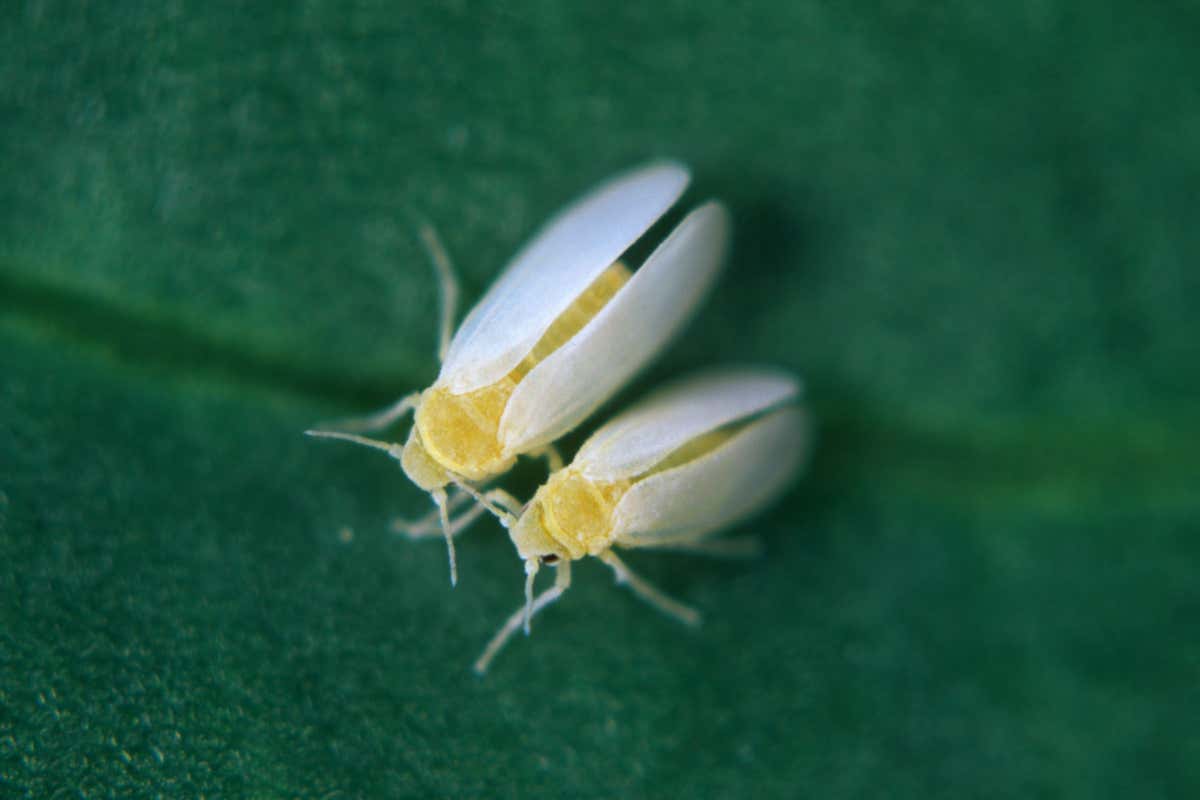 Spring in London is almost near enough to taste it now, and camellias, crocuses and snowdrops are blooming near our new scientist office were a testament to the city’s heat island. The first flowers of the year always seem to open a bit earlier in central London than in its suburbs due to the higher temperatures of the urban environment. But early bloomers aren’t just an urban phenomenon – a study this month found that flowers in the UK are blooming on average a month earlier than before the mid-1980s due to climate change.

In this month’s newsletter, I’ll look at gene-swapping organisms and what it means for evolution, as well as a moth rediscovered in the Andes, a new discovery regarding panda breeding, and how birds migrate.

New genes and where to get them

Now here is something surprising. Computer analysis suggests that a species of whitefly (Bemisia tabaci, pictured above) acquired 50 genes from the plants they eat. No such discovery has ever been made before, and although we don’t know how the genes got into flies, there are signs that the genes are functional.

This particular story begins in March 2021, when a team published work revealing the first known case of a gene jumping from plants to animals, in this same species of whitefly. The gene in question allows plants to store defensive toxins in a safe manner, and the fly appears to use it to eat plants without being harmed by these toxins.

The discovery suggests that horizontal gene transfer – the movement of useful DNA codes between entirely different species – may be much more prevalent in the natural world than we thought. Now another team has analyzed whitefly DNA to identify 50 genes that appear to come from plants, and experiments suggest that many of them are used by the fly.

The really intriguing part to me is this: how did these DNA sequences get from the fly’s food into its own genome? We don’t know, but we have a few guesses. Maybe viruses carried the genes into the flies, or maybe it was transposons, which are regions of DNA that can move around and jump around in the genome.

The mystery is even deeper for gene exchange grasses. Last year, researchers examined 17 species of grasses and found that these species had transferred 170 genes between them. There was no evidence of reproductive hybridization, and these species do not interact directly as the whitefly and its food plants do. One idea is that wind pollination might be involved somehow.

I love anything that upends our understanding of genetics, especially when there are evolutionary implications. We’ve known for a long time that bacteria swap genes – they do it primarily by sharing circles of DNA called plasmids with each other, a process that has had a big impact on us because that’s how unrelated strains and species give each other antimicrobial resistance genes. Whitefly studies suggest that the species has found use for at least some of the genes it acquired from plants.

I’d be curious to see in the years to come if we discover that horizontal gene transfer has played a much bigger role in the evolution of complex organisms than we thought. One of the crucial steps in evolution is: how can an organism obtain new genes? While it may seem like a simple problem – mutations in our old genes create new ones that can be useful and shaped by natural selection – it’s usually not that easy. What if you need all the genes you already have and can’t afford to modify some of them or give them new functions?

Decades of research suggest that the accidental duplication of genes – sometimes just a handful, sometimes the entire genome – has historically provided life with additional genetic source material from which to create new innovations and adaptations. I wonder if horizontal gene transfer has enabled something similar, perhaps in a less dramatic and more frequent way.

This month I learned…

…that artificially inseminated giant pandas are more likely to reject their newborn cubs than those whose offspring are conceived naturally. A study of 202 cubs born at two panda centers in Sichuan Province, China between 1996 and 2018 found that the 63 cubs conceived through artificial insemination were 37.9% more likely to be rejected by their mothers. It may be because when a female panda does not have the chance to inspect the future father of her children, she cannot be assured of its quality, so she is less likely to invest her time and his energy in his offspring.

The team behind the study recommends that panda conservation programs prioritize natural mating. While rejected cubs may be hand-reared by conservation staff, these infants may lack social learning, which can lead to abnormal behavior in adulthood.

Newly Described Species of the Month

This month’s “new” to science species has actually been described before – but not since 1904. French entomologist Paul Dognin captured specimens of this pale, spotted butterfly (Rheumaptera mochica) on the western slopes of the Andes in southern Peru 118 years ago, and no scientific sightings of the species have been recorded since.

Now, moth larvae have been found growing on a shrub in northern Chile. The larvae were collected and reared on this plant – a native shrub called Senna birostrisvar. areptensis – allowing the research team to analyze the species’ DNA and inspect the genitalia of adult butterflies, both of which give clues to the species’ place in the family tree of its genus .

The rediscovery of the moth is remarkable not only because it is the first scientific record of the species in over a century, but because we now know of one of its host plants and the species can also be found in Chile.

This month, I enjoyed digging into our archives to better understand how migrating birds use the Earth’s magnetic field to navigate. As explained in this 2017 dossier, there are two main hypotheses. The first is that birds use magnetite crystals, which have been found in the upper part of the beaks of some species. This mineral is a form of iron oxide, but it has been difficult to show that it helps birds with magnetoreception – the detection of magnetic fields.

I really enjoyed Mary Roach’s Animal Plant Criminal, a fun but thought-provoking exploration of when nature gets us in trouble – a topic I hope to explore in next month’s newsletter. And if you feel like gardening but you rent out your house, I recommend the February 3 episode of the Gardening with the RHS Podcastwhich contains good advice.

Let me know how the seasons change where you are – you can email me at [email protected] or tweet me @PennySarchet. I will be back next month.

Learn more about these topics:

What are Earth System and Climate Models?