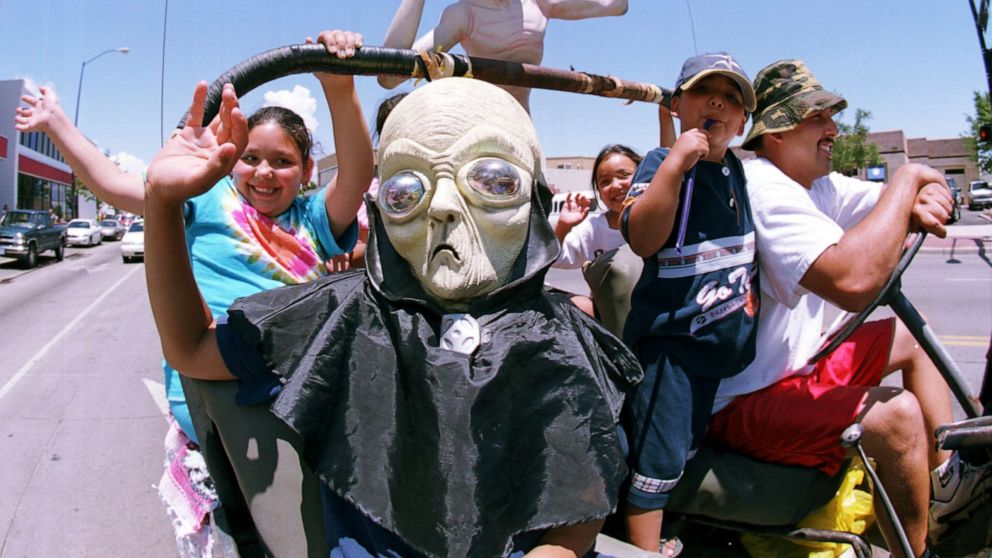 World UFO Day is an annual affair that has attracted the interest of many enthusiastic extraterrestrial believers and is recognized around the world with parades, scientific talks and the occasional pointy tinfoil hat.

It takes place every July 2 to commemorate the anniversary of the alleged 1947 Unidentified Flying Object crash in Roswell, New Mexico. The original report hailed the crashed object as a “flying disc”. Later the US military called it a UFO accident, but ultimately the Pentagon claimed it was balloon wreckage. To this day, many do not accept this narrative and have urged the government to declassify the information.

Since 2001, people around the world have celebrated this day, but it takes different forms. Science museums, restaurants and entire towns hold their own events to commemorate the day.

Some ufologists, or ufologists, worry about how the day is observed. Instead of the tinfoil hat-wearing that has been documented in past parades, those like Ronald James are hoping for “meaningful discussion and awareness” to emerge from the day. James is the Director of Media Relations for Mutual UFO Network, a non-profit organization that investigates reported UFO sightings around the world.

“We think anything that raises awareness about the subject is good, but we’re also dedicated to the scientific understanding of the subject,” James told ABC Audio. “World UFO Day is absolutely brilliant, simply because it draws attention to the whole subject.”

The official purpose of World UFO Day is to “celebrate the existence of UFOs and extraterrestrial life,” according to the event. website. One of the proposed actions to celebrate is to “look at the sky together and spot strange flying objects”, which is exactly what a branch of MUFON plans to do. The MUFON Missouri Chapter is holding a “sky watch” Saturday at 7 p.m. in Kansas City, to locate potential UFOs.

According to a survey according to the Pew Research Center, 65% of Americans believe that extraterrestrials exist. Earlier this year, the House of Representatives held a hearing on UFOs and the possible vulnerabilities they create. It was something MUFON’s more than 4,000 members had advocated since its founding in 1969 and it was the first time the House had done so in 50 years.

“We were happy that the hearings took place. MUFON was in Washington,” James said. “We helped push this forward and we’re actually in Washington a lot right now dealing with politicians.”

For those who live in Roswell, New Mexico, the site of the alleged crash that started it all, awareness is only a small part of the celebration. Ufologists will talk about their perspective on the government’s role in investigating alleged UFO sightings, but more than that, the day is an economic opportunity presented by their annual UFO festival, which now marks 75 years since the Roswell incident.

This year, its festival will take place from Friday to Sunday and will include a parade, concert, speakers, food, tours, and more. a global phenomenon.